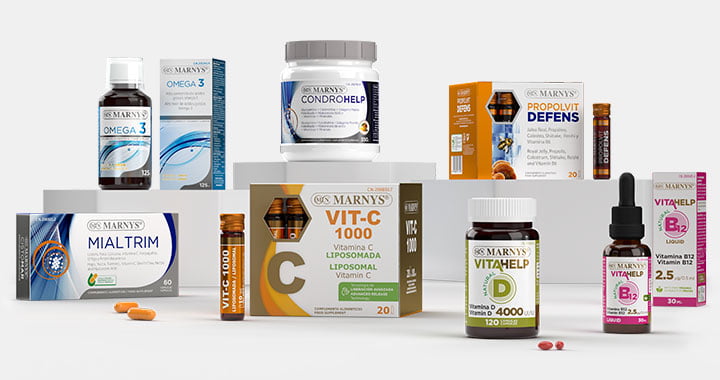 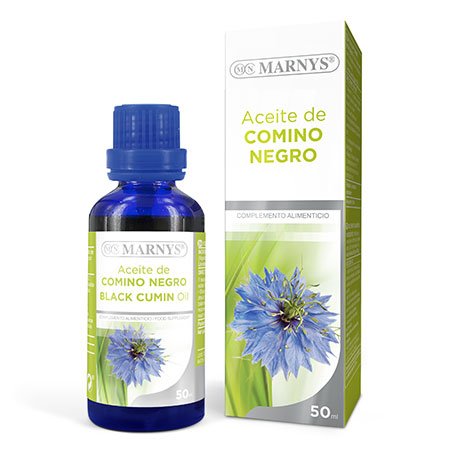 The Pharaohs' oil in liquid format

MARNYS® Pure Black Cumin Oil has got a minimum linoleic acid content of 55-65% and a minimum thymoquinone content of 1.28%.

Linoleic acid, Omega-6, is an essential fatty acid and a precursor of other fatty acids synthesised by the body in the liver. Thymoquinone, which belongs to the benzoquinone group, is a volatile constituent of Black Cumin seeds and has shown interesting bioactive properties.

MARNYS® Pure Black Cumin Oil is light yellow and has got a fresh, very aromatic and spicy aroma, similar to black pepper with a certain nutmeg touch. It combines very well with vegetable-based dishes: stir-fried ingredients, pumpkin pairing, stews, salted dishes and salads, or in bread and pastries. In fact, in India it is found in the traditional naan bread.

Nigella sativa, commonly known as black seed or black cumin seed, is a plant belonging to the botanical family Ranunculaceae. Although it's native to South and Southwest Asia, it is widely cultivated in the Middle East, North Africa and Southern Europe. Morphologically, the plant is 20-90cm high and produces 5-10 flowers with petals that are typically white, pale blue, pale purple or, in some cases, dark blue. N. sativa seeds are traditionally used as food preservatives, additives or spices in various cultures that additionally use the seeds or oil because of their interesting healthy properties.

Why is black cumin said to be the pharaohs’ well-being?

The origin of the black cumin plant, Nigella sativa, dates back to ancient Egypt and counts on a number of historical references, as well as applications in the traditional herbology of ancient Egyptians, Greeks and Romans who used the seeds and oil of Nigella sativa as a natural ‘remedy’ for body well-being.

Black cumin is known as the Pharaohs’ oil because of the belief that black cumin seeds appeared in Tutankhamen’s tomb and were supposedly introduced into it to accompany him in the afterlife. It is also widely believed that the legendary queens Cleopatra and Nefertiti used black cumin oil for their beauty rituals.