Renewing our support for research into personality disorders 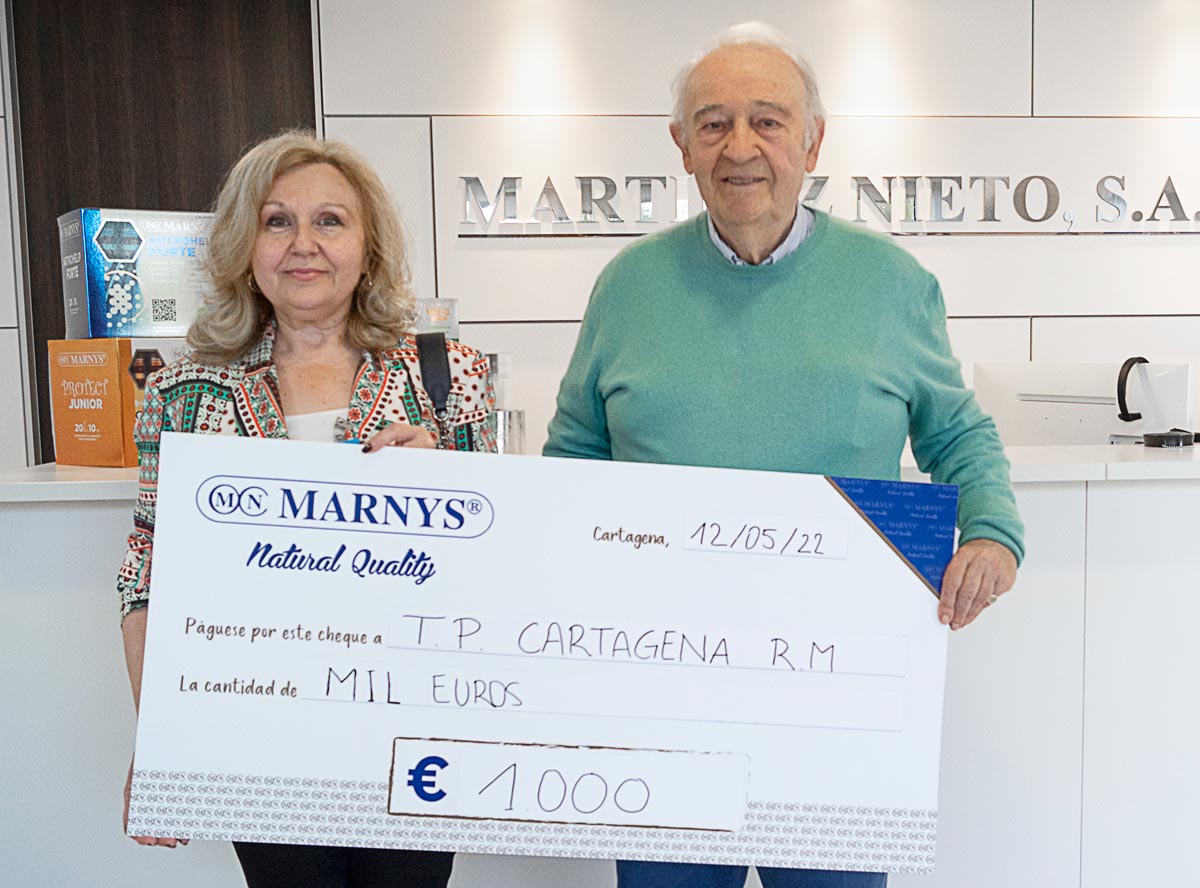 MARNYS® - Martínez Nieto, S.A., has renewed its support for research into personality disorders with a donation to the Association for Help and Research into Personality Disorders in the Region of Murcia (TP CARTAGENA RM).

The president and founder of MARNYS® - Martínez Nieto, S.A., Mr. José Martínez Nieto, presented the cheque to the president of the Association, Ms. Carmen Gutiérrez de Uriarte, during a meeting held at the facilities of the food supplements and natural cosmetics laboratory, as he did last year.

Founded in 2007 in Cartagena and associated with the Mental Health Federation of the Region of Murcia, TP CARTAGENA RM is the only association in our community aimed at prevention, research and care for people with Personality Disorders (PD/PLD) and their families.

The MARNYS® donation will be used, among other actions, to promote prevention and awareness through talks in schools, as well as research and scientific study of Personality Disorders.

Collaborate to move forward against Personality Disorder together

If you wish to collaborate with the Asociación TP CARTAGENA RM, you can find out about the different ways of collaboration through its website, for example, by becoming a 'Teamer' with a donation of only 1 € per month.