Martínez Nieto, S.A. has been recognised by Ibermutua for its low labour accident rate and its important commitment to labour risk prevention.

Martínez Nieto, S.A. was awarded the certificate in a ceremony held on Wednesday 27 November 2019 at the Faculty of Business Sciences of the Polytechnic University of Cartagena (UPCT), which was presided over by the Manager of the UPCT, Mr. Isidro J. Ibarra, the President of the COEC, Ms. Ana Correa, and the Director of Ibermutuamur in Cartagena, Mr. Jesús Vigueras.

Ibermutua awards this distinction every year to the mutualist companies that have excelled in labour risk prevention, thus recording ratios considerably more positive than those recorded on average in their business sector, which, in addition, allows them to have access to the benefits provided for in Royal Decree 231/2017 (Bonus) in the 2017 financial year. 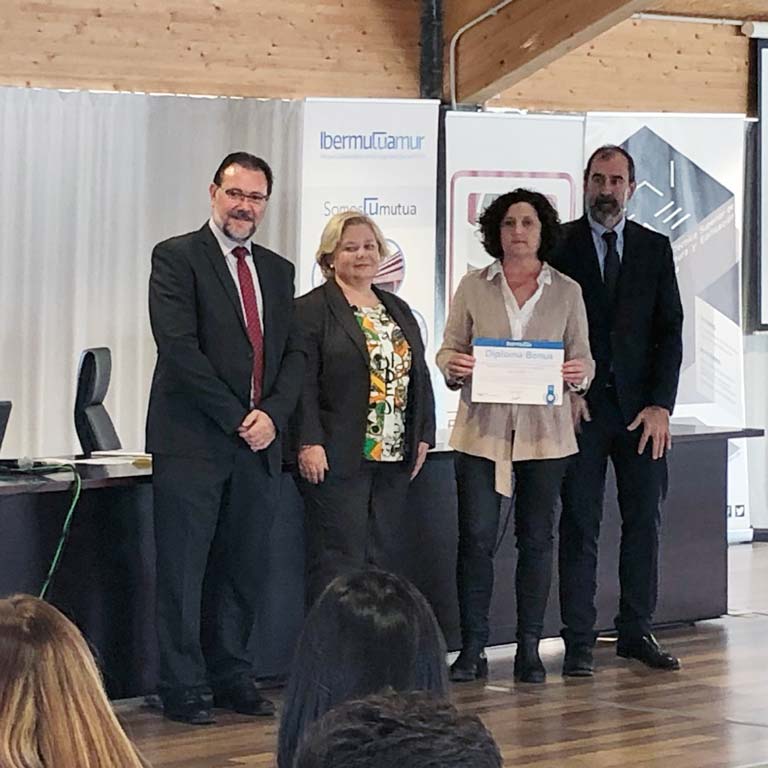