The photovoltaic system that is being installed on the roof of our facilities will count on a power of 940.18 kilowatts peak (kWp), making it the largest self-consumption system in the Region of Murcia (Spain).
This will consist of 2,648 solar panels of 355 watts each and 18 inverters of 50 kWn, on an area of about 5,700 m2. In terms of energy saving and promotion of sustainable practices, this system will be able to approximately generate 1,250,000 Kwh/year, which entails an energy saving equivalent to an annual consumption of 250 tons of oil or the energy consumed by 104 homes per year.

With this system, MARNYS®-Martínez Nieto, S.A. will save an annual emission of 440 tons of CO2 into the atmosphere, equivalent to the amount of CO2 absorbed by a forest comprising 14,500 trees.

The installation, carried out by the company Konery and which is expected to be completed in July 2019, will implement a system without discharge into the power grid, so 100% of the energy generated by the solar power system will be consumed within the company. It has been designed to cover all the electrical needs of the production facility during daytime with maximum solar radiation. 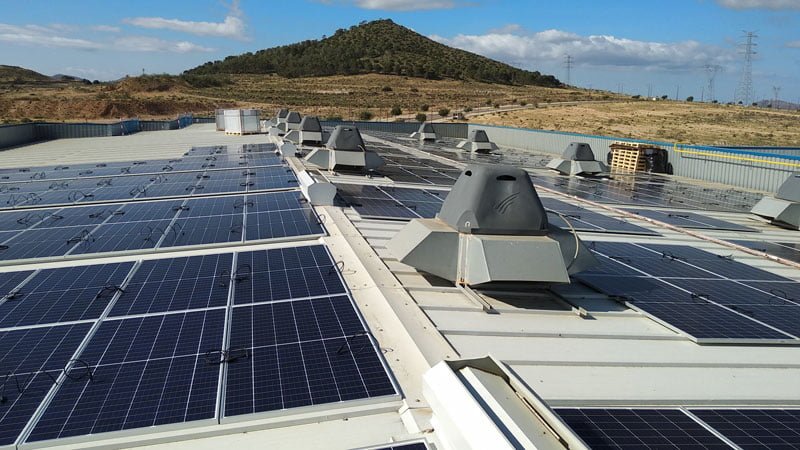