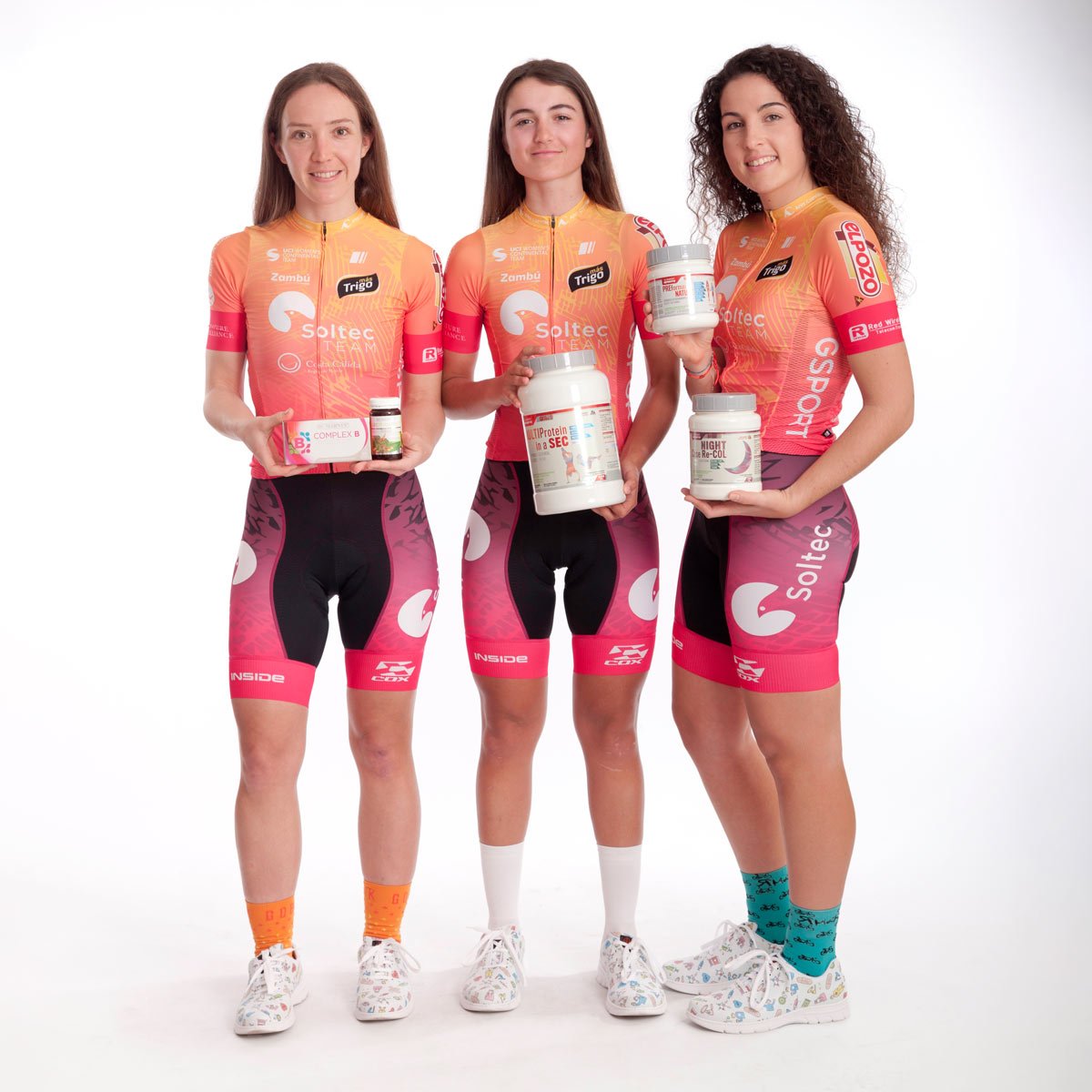 MARNYS - Martínez Nieto, S.A., has given its support to Soltec Team Costa Cálida, the first professional women's cycling team in the Region of Murcia. It is promoted by the Marcelino Oliver Foundation, a non-profit organisation that helps cyclists who are victims of road accidents.

MARNYS is already the sports supplement supplier of the women's cycling team, as it has a wide range of sports nutrition in its more than 400 natural supplements. Natural supplements such as Condrohelp, 7V Energy Shot or Night Case Re-Col, both from the MARNYS® and MARNYS SPORTS® range, are already part of the riders' daily routine.

MARNYS' support for women's sports is a fact, as the Cartagena firm is already a sponsor of the Cartagena Women's Basketball Club and the Tribike Triathlon Club for women. It also encourages the practice of sports from an early age, with the sponsorship of Cartagena F.C. with 26 teams of all ages, as well as the Minerva Sports Club of Alumbres with nearly 100 youngsters in lower categories.

MARNYS also collaborates with other local sports clubs such as the Jimbee Cartagena Futsal, the FC Cartagena Men's Basketball Club or the Club Trial Bici Cartagena, as well as regularly participating in sporting events such as the Ruta de las Fortalezas or the San Silvestre de Cartagena, among others.

We wish the team all the best!