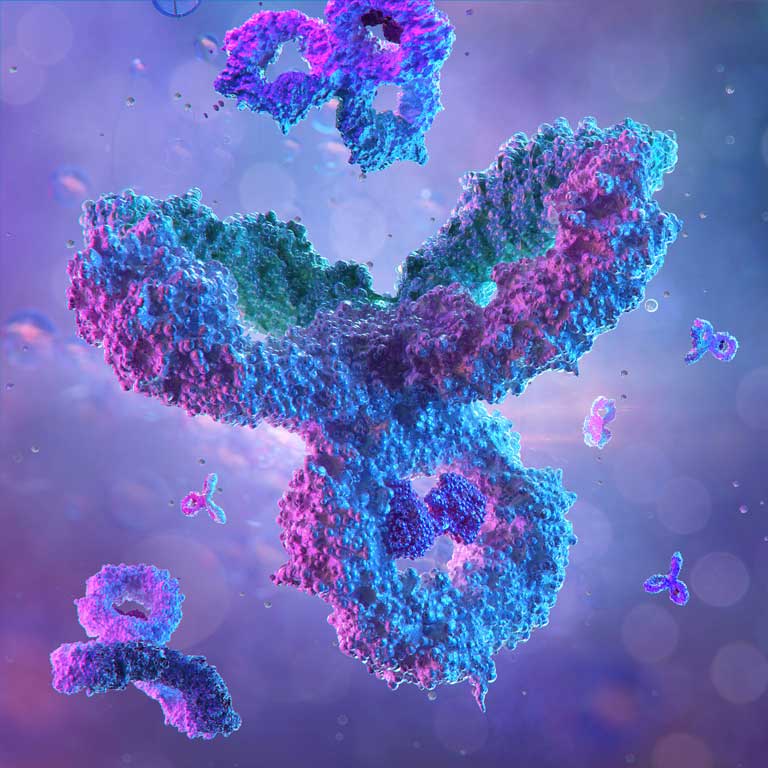 What are immunoglobulins (Ig)?

Immunoglobulins are " Y " proteins, which are found in different body fluids, including blood and secretions such as saliva, tears and breast milk. They are produced by specific cells, including white blood cells, and their main function is to identify antigens or foreign substances in order to neutralize them.

How many kinds of immunoglobulins are there?

Immunoglobulins (Ig) are also known as antibodies and there are five main kinds of them (IgG, IgA, IgM, IgD and IgE), which differ from each other in size, charge, chemical composition and in their different functions in the immune defense strategy.

Colostrum, also known as "first milk", is the mammary secretion that all mammals provide to their newborns during the first 24-48 hours after birth, and that provides the basis for lifelong immunity. Its composition differs from milk in that it is higher in solids, proteins, immunoglobulins, fats and growth factors, among others.

Both human and bovine colostrum is a thick, sticky, yellowish liquid containing various antibodies in a higher concentration than in ordinary milk.

It is a nutrient that provides many benefits to well-being, and has high concentrations of IgG (up to 51%), as well as IgM and IgA. It has been widely used for many years, is well accepted and taken in both liquid and solid forms (capsules, tablets, powder).