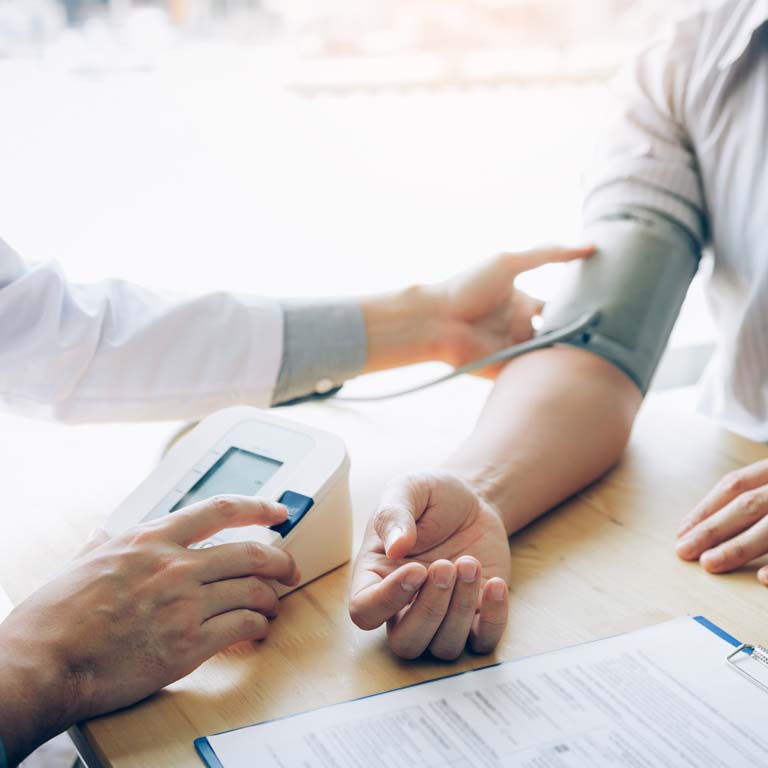 Hypertension. The importance of knowing your blood pressure

World Hypertension Day is celebrated every 17 May. Detecting this disease in time, carrying out appropriate treatment and constant monitoring are essential guidelines and, for this reason, it is necessary to give visibility to Hypertension on this day. It is also essential to make people aware of the possible risks of non-diagnosed or inadequately treated cases.

According to the Spanish Society of Hypertension and the Spanish League for the Fight against Arterial Hypertension, in Spain, the prevalence of arterial hypertension is 48% in adults, and the data increases considerably in people over 65 years of age to 85%. However, only 26% of patients suffering from it have their numbers monitored.

Furthermore, hypertension is the main risk factor for other cardiovascular diseases.

To understand it better, we first need to know what blood pressure (BP) is. It is the highest pressure at which blood flows out of the heart, the systolic blood pressure, or also popularly known as "the high" and when it flows back into the heart filling it with blood, the diastolic blood pressure, or "the low". The highest pressure is reached with each contraction of the heart, and the lowest with each relaxation. This pressure must be within certain optimal values considered as normal, therefore, we talk about ATH when the pressure figures are the same or persistently rise above them.

When is blood pressure high?

It should take into account that blood pressure is not constant, but it adapts to the body and varies according to the circumstances, for example, at different times of the day, depending on where we are, the activities we have done, the levels of stress, etc.

Therefore, when measuring blood pressure, it is important to do it at the same time of day, in a quiet place, in a relaxed way and in a comfortable position, without talking. It is also recommended that you take two separate measurements of at least two minutes and keep the average result of both.

According to the Spanish Society of Cardiology, normal systolic (maximum) blood pressure is between 120-129 mm Hg, and diastolic (minimum) between 80 and 84 mm Hg.

So, high blood pressure is considered to be when the figures exceed 130/85mm Hg.

Try to keep it below 130/85 mm Hg, especially in people with diabetes or cardiovascular disease.

What diseases cause high blood pressure?

High blood pressure is a problem in 10% of pregnancies. During this stage, it is vital to keep a check on blood pressure figures, because if it is high it can become a major problem as it may cause illness in the fetus. Also, because of the decrease in the utero-placental flow the risk of fetal mortality is higher.

ETS during pregnancy can be classified as

What are the causes of high blood pressure?

The causes of hypertension are known in only 5% of cases. When these are known, the cause of the problem may be treated by acting on the affected organs to make it disappear permanently.

However, in most patients it is not known what has caused this disease. These cases are known as essential hypertension, also called primary hypertension or idiopathic hypertension, and since the causes are unknown, the disease can be treated but not cured.

Even so, in the case of essential hypertension - when the causes are not known - there are some other factors associated with a higher prevalence of the disease, such as:

One of the main risks of high blood pressure is that most times it has no symptoms at all or its symptoms are not very obvious. In fact, this disease is also known as "the silent killer". This means that it can happen unnoticed, and when symptoms do appear, the pressure is already too high.

In many cases, the symptoms become the consequences of the influence of high blood pressure on certain organs.

In certain cases the signs of high blood pressure can be headaches, sweating, anxiety and nervousness, sleep problems and facial flushing.

Therefore, the best way to find out if you have high blood pressure is through regular health checks. 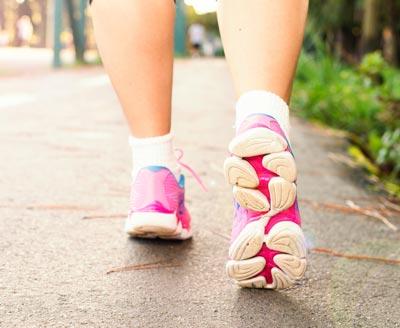 How to control your blood pressure

In the control of blood pressure it is essential to monitor lifestyle, as bad habits increase the risk of hypertension.

Precautions that people can be taken to keep high blood pressure under control include:

In addition to these measures, it is important to follow the recommendations of your own doctor. Medication will be taken if and when the specialist considers it necessary.

Proper nutrition has a major influence on blood pressure. It has been scientifically validated that a decrease in dietary sodium intake reduces hypertension. In addition, the diet should be low in fat to avoid cardiovascular problems. The foods that should not be missing from the diet are vegetables, four to five portions a day; pulses; dairy products, which are skimmed or low in fat such as yoghurts or milk; fruit, four to five portions a day; olive oil; and lastly, fish, lean meat or poultry, which should be consumed at least twice a day.

If you are also overweight, the recommended diet should always be low in calories. On the other hand, it is not recommended to take any exciting substances such as caffeine. 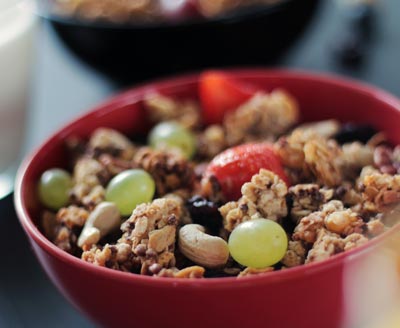 People with hypertension should reduce the amount of salt they take in a day as much as possible. The recommended amount is 6 grams of salt per day, which is the equivalent of a teaspoon of plain dessert. The easiest way to reduce your intake when cooking would be to use substitutes for spices, such as garlic, onion or even lemon, which bring a special flavour to meals with no need for salt.

Similarly, products that contain excess salt, such as preserves, seafood, salted fish, etc., should be avoided. Some foods or 'preparations' that we usually have in our kitchens also contain excess salt, so they should be avoided. According to the Heart Foundation, the three foods that contain the highest amount of salt are: stock cubes, commercial soups and salted cod.

Finally, it is important to revise the labelling of products, so that it helps us to choose those foods that have a lower salt content.

Many studies have been carried out to see if alcohol and high blood pressure are related. High alcohol consumption can be said to be associated with an increased risk of haemorrhagic and ischaemic stroke, and this may be attributed to the impact of high alcohol consumption on blood pressure. Therefore, although a glass of wine a day or a beer should not be a problem (unless otherwise recommended by a doctor).In order to avoid future problems for people with hypertension, it is always recommended to have a moderate consumption of alcoholic beverages.