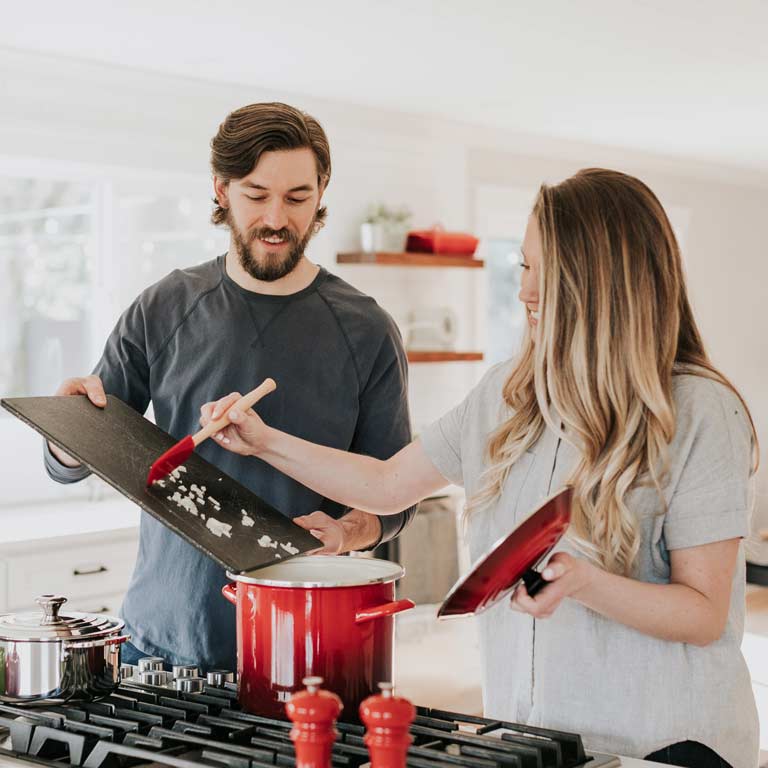 How many B vitamins are there and how useful are they?

Choline or vitamin B4 is not considered part of the B vitamin complex, but was officially recognised as an essential nutrient by the Institute of Medicine at the end of the last century.

B vitamins are necessary at all stages of life and their requirements may be increased during periods of increased demand such as growth or pregnancy, and it is useful to complement the diet with food supplements.

What are B vitamins for?

B vitamins are involved in many processes in the body, from the production and maintenance of DNA, proteins and phospholipids to the proper functioning of the immune system or the production of energy from the metabolism of fats, carbohydrates and proteins, taking part as coenzymes in many enzymatic reactions.

B vitamins are also involved in the normal functioning of the nervous system, mood, cognitive function and neurotransmission.

Below, we explain the importance of these vitamins in our body and their health claims recognised by the EFSA (European Food Safety Authority).

Vitamin B1 or thiamine

Vitamin B1 (thiamine) is part of the coenzyme responsible for the generation of nerve impulses and the synthesis of neurotransmitters, contributing to the normal functioning of the nervous system. Thiamine is also an essential nutrient for normal metabolic and cardiovascular function.

Vitamin B2 or riboflavin

Vitamin B2 (riboflavin) is an antioxidant that helps protect cells against oxidative stress and acts as a coenzyme in many reactions, taking part in energy and iron metabolism. It helps to reduce tiredness and fatigue. It also plays an essential role in the normal maintenance of mucous membranes, red blood cells, skin and vision.

Vitamin B3 or niacin

Vitamin B3 (niacin) is involved in a wide range of oxidative metabolism reactions, energy production, fatty acid synthesis, and defence against oxidants. In addition, within the immune system, niacin has been shown to reduce pro-inflammatory cytokines and to dampen the effects of inflammation in atherosclerosis.

A deficiency of this vitamin or its precursor (tryptophan) leads to pellagra, with skin, digestive and nervous disorders.

Vitamin B5 or pantothenic acid

Vitamin B5 (pantothenic acid) is part of the chemical structure of coenzyme A, an essential component for energy and amino acid metabolism, fatty acid and glycogen synthesis. It contributes to the reduction of tiredness and fatigue and its deficiency is not very common in the population.

Vitamin B6 or pyridoxine

Vitamin B6 (pyridoxine) contributes to the normal function of the nervous system. Its active biological form, pyridoxal-5-phosphate, is involved as a cofactor in the synthesis of neurotransmitters such as serotonin and dopamine, also known as the happiness hormone and pleasure hormone, too. It is also the active form of pyridoxal-5'-phosphate, which is involved in more than 100 enzymatic reactions in the body, including the metabolism of carbohydrates, amino acids and fatty acids.

Vitamin B6 also contributes to normal immune system function. Many studies have shown its involvement in the maintenance of lymphoid tissues and their immune functions. Pyridoxine also plays a key role in the production of nucleic acids and proteins.

Vitamin B7 or biotin

Biotin is also known as vitamin B7, vitamin B8 or vitamin H. It is an essential cofactor that contributes to the body's normal energy metabolism through the production of fatty acids, the metabolism of amino acids and the production and storage of sugars, via gluconeogenesis.

Biotin also acts in DNA-related processes, playing an essential role in the regulation of gene expression.

A number of studies have shown the role of biotin in the production of proteins, including keratin, which is the structural component of hair and nails.

Vitamin B9 or folic acid

Folic acid (vitamin B9) is well known to be the star ingredient among the supplements recommended during pregnancy, as scientific evidence has shown its involvement in proper foetal development. Folic acid supplementation increases maternal folate status. Folic acid deficiency increases the risk of neural tube defects, such as spina bifida.

Vitamin B12 or cobalamin

Cyanocobalamin is the metabolically active form of vitamin B12, but it can also be found as methylcobalamin and hydroxycobalamin.

Vitamin B12 is necessary for the proper functioning of the nervous system, the maintenance of nerve cells, cell synthesis and the breakdown of fatty acids and amino acids. There is a close relationship between vitamin B12 and folate, as each depends on the other for activation.

Cobalamin is also essential for the proper function of the immune system, as it is involved in the activation of immune cells (natural killer cells and CD8+ cytotoxic T lymphocytes), and erythropoiesis (formation of red blood cells), resulting in megaloblastic or pernicious anaemia.

Lack of vitamin B, what happens? 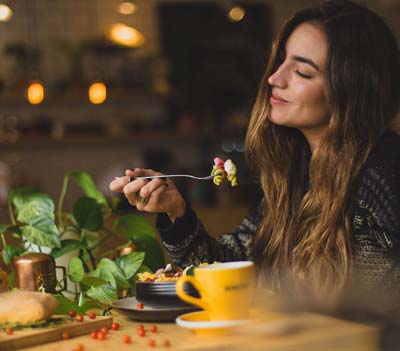 Vitamin deficiency is not very common in developed countries, where the basis of the diet is a healthy and balanced diet, as is the case with the Mediterranean diet.

However, in adverse situations, periods of increased requirements such as pregnancy or factors such as age and some pathologies may lead to deficiencies of some vitamins.

Deficiencies of B vitamins are most commonly found in older people, especially those of vitamins B6, B9 and B12, due to poor absorption, low intake or increased requirements.

In general, scientific evidence has linked B vitamin deficiency to neurocognitive disorders, dementia, depression, stress or anxiety, as well as anaemia, fatigue, immune, cardiovascular and inflammatory conditions, among others. Thus, some studies show that improving B vitamin status in the elderly may be beneficial in the prevention of degenerative diseases.

The European Food Safety Authority (EFSA) defines the daily requirement for each vitamin for healthy people, depending on their age, gender and condition (pregnancy or breastfeeding).

Thus, the so-called "upper intake level (UL)" or maximum daily intake levels for individual vitamins that do not present a risk of adverse health effects are also set.

Reports from the EFSA Scientific Committee on excess intake of B-vitamins are few and far between. Some of the reported gastrointestinal conditions are dyspepsia or diarrhoea.

The recommended daily intake (RDA) of the B vitamins is as follows.

Who should take a B-complex vitamin?

Do vegetarians get enough vitamin B?

Some B vitamins, such as vitamin B12, are found only in foods of animal origin, so deficiencies may be more common among vegans and vegetarians.

To ensure a well-planned, safe and healthy diet, a balanced vegan or vegetarian diet can be supplemented with vitamin B12.

Foods rich in B vitamins are whole grains and those from animal sources such as dairy, meat, poultry and fish. They are also found in plant foods such as fresh fruit, vegetables, nuts, seeds, grains, legumes, soy products and fortified cereals.

As for vitamin B12, its main source is foods of animal origin. Although there are plant foods with enhanced vitamin B12, fortification has not been shown to be enough to ensure the recommended daily intakes of cobalamin, and B12 supplementation is necessary.

A rich and balanced diet and a healthy lifestyle can be supplemented with B vitamins in convenient capsule or liquid formats, together with other vitamins, minerals and plant extracts, always under the supervision of a physician.

In the last few years, nutricosmetic supplements have also become increasingly popular, based on B-vitamin formulations to promote the normal maintenance of skin, hair and nails.

This website stores its own and third party cookies on your computer. These cookies are used to collect information about how you interact with our website and allow us to remember it. We use this information to personalize and improve your browsing experience and to perform visitor counting and analysis, both on this website and through other means, as well as to interact with our online store and shopping cart.

ACCEPT
Cookies PolicySettings
Privacy & Cookies Policy
Necessary Always Enabled
These cookies are necessary for various basic functions of our website, so that we could provide our services as we wish. Without these cookies, our website would not work and consequently, you cannot disable them.
Analytical
These cookies are used for internal purposes. They help us to understand our customers and improve our website so that we could provide you with the best based on our experiences. Without these cookies, we cannot measure the traffic nor view the user interactions with various elements of the website. This makes it difficult for us to test the functions that would suit best your needs.
Marketing
Marketing cookies store information, on the behaviour of visiting users of the webpages, obtained through the continuous observation of the surfing habits, which allow for the development of a specific profile to show personalised advertising, and therefore, it is more valuable for publishers and third-party advertisers.
Save & Accept