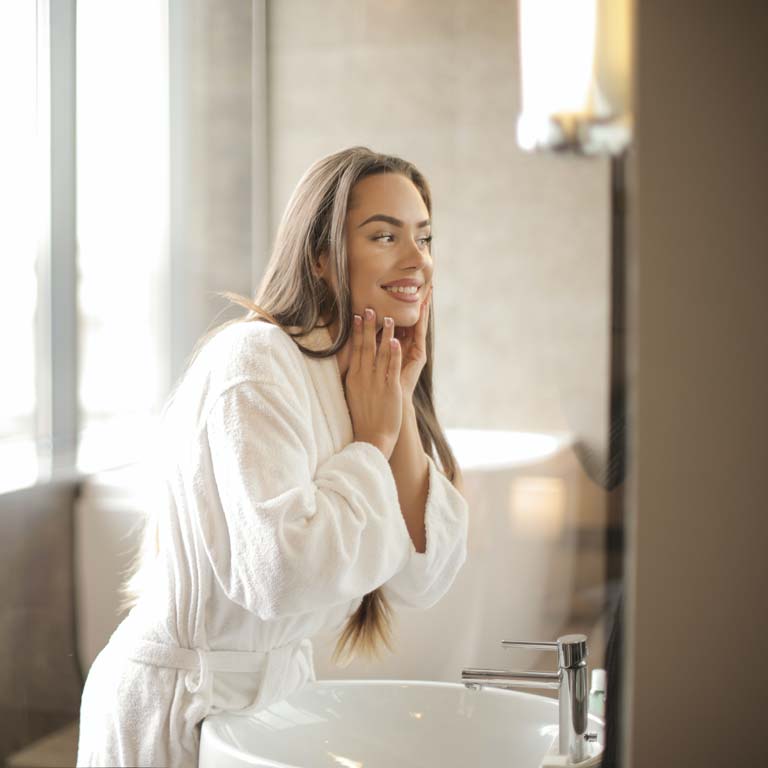 Do you have mixed or oily skin? Find out your daily routine

Each skin has its own properties and it is important to know the kind of skin you have so that we can treat it properly according to its needs and with the most suitable products.

There are four general kinds of skins:

Also, over time the skin is changing. For example, during adolescence are more often the causes of acne, however, as the years go by the skin becomes drier.

In the same way, for a healthy skin, it is recommended to follow a regular facial care routine. Mainly in case of having oily or mixed skin, this routine should be focused mainly on facial cleaning. It is also important to pay careful attention to the properties and formulation of the products used, so that they work with good solvency and avoidgetting more oil on the skin.

Why do I have oily skin?

The appearance of oily skin is mainly caused by genes and hormones. In fact, the study "The Influence of Genetics and Environmental Factors in the Pathogenesis of Acne: A Twin Study of Acne in Women" confirms that the inheritance of acne is found in 50 to 90% of cases.

However, there are also other causes that can affect oily skin such as stress. The reason for this is that during periods of stress or nervousness, cortisol levels can increase, and a result of this could be an excess of oil on the skin or an increase in acne.

On the other hand, the skin is daily faced with some external factors that can cause effects on it. One of them is environmental pollution, since this kind of particles can obstruct the pores, affecting the skin barrier. In the same way, dryness in the environment also has an effect that makes the skin generates more sebum in order to prevent the loss of lipids.

Nutrition also plays an important role. A balanced diet is important in every part of the body and therefore for our skin. According to a study in the journal Nutrition, food habits can lead to an unbalanced skin. In the same way, tobacco is a substance that helps the follicles to become blocked, which prevents the skin from being able to oxygenate properly, thus causing skin damage.

How do I know if I have mixed or oily skin? What is the difference?

Although they have a number of things in common, it is important to look at some areas of your face to see if you have oily or mixed skin.

When skin is likely to be oily, the problem is usually in the pores. In this case, the pores are likely to be dilated. In the same way, the facial appearance often has brightness and redness located in different areas. It also presents black spots and pimples.

As for the mixed skin, it shows features of oily skin, but also of dry skin. Therefore, it is a combination of both. The area where it is oily would be mainly the forehead, nose and chin. On the cheeks and eye area the skin is dry. 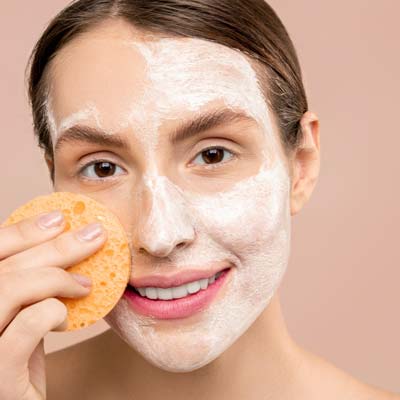 For these kinds of skin, face care routines are aimed at reducing excess sebum and are focused on cleansing, as their role is vital in helping to remove excess particles and improve the amount of oil. Therefore, it's important to have a routine composed of: cleansing, toning and moisturizing.

Daily cleaning is very important, as it removes the dead cells accumulated on the skin, and it should be done whether you use make-up or not. Besides, it is recommended to do it twice a day (in the morning and before going to sleep), with warm water and with products free of aggressive soaps that can affect the condition of our skin.

After cleaning, apply a specific tonic for oily or mixed skin, as they are responsible for absorbing the lipids and polymers in the pores, as well as closing them to avoid impurities to enter.

Step 3. Hydrate with specific products for oily or combination skin

As the last part of a facial routine for any kind of skin, it is recommended to moisturize it using products that act on the sebum without drying it out too much, for oily and mixed skins.

Do I have to moisturize my skin if I have oily skin?

There is a mistaken concept that oily skin should not be hydrated. However, the hydration process must always be done, because even if you have oily skin, it can also become dehydrated. In fact, skin that is not properly hydrated can result in producing more oil because the sebaceous glands will act more.

Step 4. And finally, if you have pimples or acne-prone skin...

Oily skin can result in the appearance of pimples or blackheads. Also, currently due to the fact that the mask needs to be worn this year 2020, there is a risk of skin rubbing that can cause pimples on the face.

There are a number of natural active ingredients that can help calm the skin and regulate the sebum to control the appearance of pimples or blackheads.