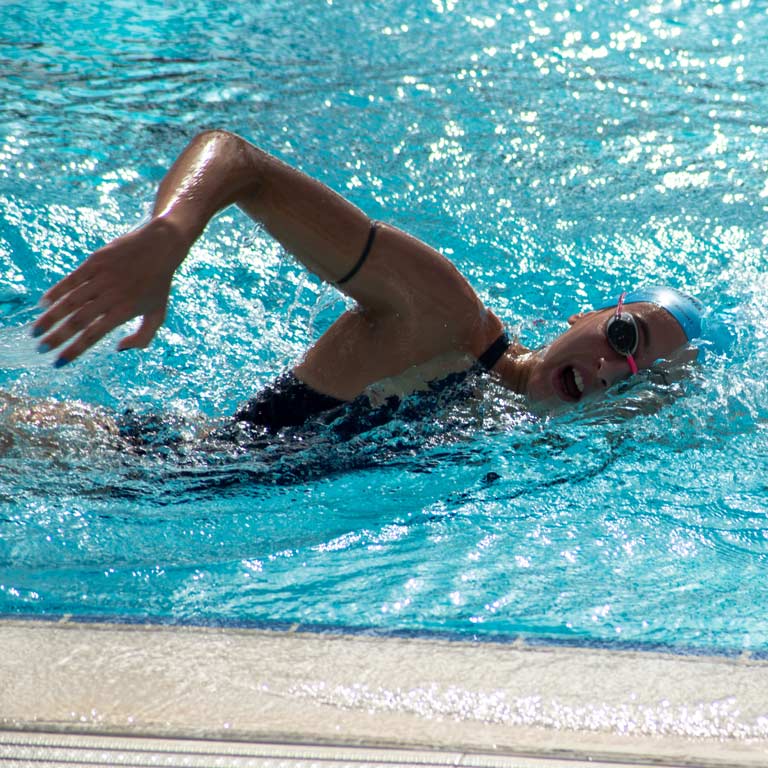 Cystitis and sport, how urinary tract infections are affected by physical exercise

Cystitis is a very common infection, mainly in women without underlying diseases and without any functional or structural abnormalities of the urinary tract. It is estimated that 50-60% of adult women will have at least one urinary tract infection in their lifetime.

In women, E. coli causes 80-85% of episodes of acute non-complicated cystitis1. In adult men the prevalence is much lower than in women and is estimated to be 5-8/10,000 men under 65 years of age per year1 .

Risk factors for cystitis include: number of sexual relations, previous infections, family history, use of spermicides, recent administration of antibiotics, diabetes, urinary incontinence, presence of cystocele, among others.

Could you get a urinary tract infection or cystitis from playing some sports?

Recent research has studied the effect that intense and prolonged exercise can have on the development of opportunistic infections, especially within the urinary tract. This is due to a change in kidney function that changes the protein content of urine, as well as a reduction in the volume of fluid passing through the kidney.8

It has been found that athletes have a higher incidence of urine protein (proteinuria) caused by intense and prolonged exercise.8

Thus, high-performance athletes are an at-risk group for developing urinary incontinence (UI), defined as the involuntary loss of urine.

This is due to an unbalance of forces in the abdomen and pelvis, which could lead to an alteration of the anatomical arrangement of the bladder and urethra.

Urinary incontinence is two to four times more common in sportswomen than in men, with a prevalence of between 20% and 40% and an annual incidence in Spain of around 23%.

In addition to urinary incontinence, there are other factors that can provide a "breeding ground" for uropathogenic bacteria and thus can lead to cystitis.8 These are lactic acidosis (which changes the pH of urine) in anaerobic conditions and dehydration as a result of exercise.

Sports that can lead to urinary incontinence in women

In moderate-impact sports (cross-country skiing, hockey, tennis, badminton and baseball) the prevalence was 50%, while in low-impact sports (non-competitive sports, golf, swimming, running and throwing athletics)11 it was 36%.

Are cyclists, swimmers and runners more prone to UTIs? 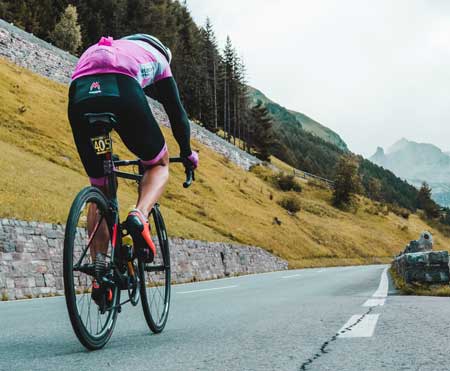 It is commonly thought that some athletes are more prone to urinary tract infections than others. Cycling, swimming and running are examples of this kind of physical activity, but is it myth or reality?

A recent study2 included 3932 men in two groups, cyclists (low and high intensity) and swimmers/runners, to assess the relationship between cycling and urinary and sexual function, compared to other sports.

The results showed that cyclists had no differences in sexual or urinary function compared to swimmers/runners. However, cyclists are more likely to have a narrowing of the urinary tract (urethral stricture), which may be a risk for urinary tract infections.

It should be mentioned that longer standing time during cycling and higher handlebar height were associated with less genital ulcers and numbness2.

Another sport for which we are aware of data on the risk of urinary tract infection is basketball. A study of basketball players during 1 month of training and 3 months of season showed that during the first month 69% had pH variation (more alkaline), while 33% had bacteria in the urine and 23% suffered from proteinuria (increased incidence of urine protein).

The results reported in these athletes may be indicative of measures to be taken for the prevention of urinary tract infections and appropriate and specific treatment, thus protecting the health of the athlete and improving his or her physical performance.8

Can I do sport if I have cystitis? 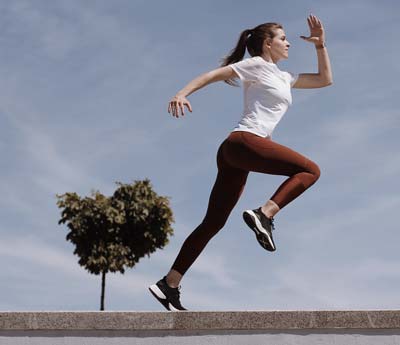 The recommendation is not to take part in sporting competitions until athletes are fever-free, well hydrated and free of urinary symptoms.

If it is an uncomplicated UTI, and treatment has been started when symptoms begin, there should be no problem with normal training.

More serious cases may require athletes who have completed their treatment and may require a gradual return to sporting activity due to re-conditioning of the body.7

The recommendation is not to take part in sporting competitions until athletes are fever-free, well hydrated and free of urinary symptoms.

If it is an uncomplicated UTI, and treatment has been started when symptoms begin, there should be no problem with normal training.

More serious cases may require athletes who have completed their treatment and may require a gradual return to sporting activity due to re-conditioning of the body.7

General recommendations for sport if I have cystitis

With a urinary tract infection such as cystitis, the first thing to do is to start treatment as soon as possible with the objectives of increasing the defences of the body, urine flow, improving the pH in the urine and preventing bacterial adherence to the endothelium of the bladder.

It is important to drink a lot of liquids (2 litres or more a day), and to have a good intimate hygiene9 and underwear hygiene.

For athletes, it is important to pay attention to tight-fitting sports clothing, such as jerseys, and to wet swimming suits or wetsuits in the case of water sports.

With regard to diet and given that the bacteria that cause cystitis generally come from the gastrointestinal tract, it is recommended to reduce the consumption of sugars, refined carbohydrates, restrict calories, avoid dairy products, coffee, tea, soft drinks, alcohol and allergens such as gluten.

However, it is recommended to eat unsweetened yoghurt with live probiotics and plenty of garlic and onions9.

There are other foods that also contribute to good urinary health:

Due to its proanthocyanidin A content, it reduces the adhesion of bacteria to the walls of the bladder and therefore bacteria are more likely to be removed during urination.

Probiotics are beneficial bacteria of the lactobacillus kind that produce antibacterial molecules, such as bacteriocin and hydrogen peroxide, as well as reducing bacteria adhesion to the uroepithelium. Probiotics are found in large quantities in natural yoghurt, kefir, sauerkraut, fermented soya, pickles, kombucha, etc.

This spice, which can also be taken as an infusion, shows significant antimicrobial activities, as well as diuretic properties in the urinary tract, due to the terpenoids found in leaves and berries.

One of the oldest and most famous medicinal herbs, its scientific name is Equisetum arvense. Its infusions full of phenolic compounds are responsible for its antimicrobial activities against urinary tract pathogens such as Escherichia coli.