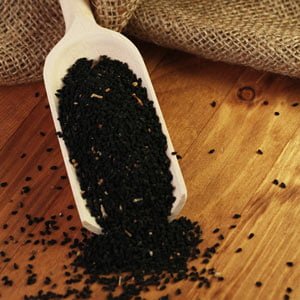 Black cumin: the well-being of the pharaohs

Black cumin, Nigella sativa, is a plant native to ancient Egypt with numerous historical references and applications in traditional medicine. Black cumin is known as the oil of the Pharaohs as black cumin seeds were supposedly found in the tomb of Tutankhamen to accompany him into the afterlife. Likewise, it seems that Cleopatra and Nefertiti used black cumin oil for their beauty care.

What do Nigella sativa seeds contain? 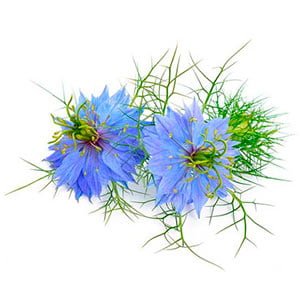 The effects of Nigella sativa oil are varied, however, highlighting its usefulness in the processes of the immune system. The term "immunonutrition", linked to many plants and dietary supplements, which has emerged over the last decade, describes diets that have certain chemicals in the form of fatty acids, amino acids and organic acids alone or in combination1,2,3.

The usefulness of black cumin is achieved by the following:

· The combined action of Omegas and Thymoquinone can act on prostaglandins, which are involved in the inflammatory response4.

· It helps to control histamine (the main product when suffering from allergic processes)3,4.

The traditional uses of this plant come from the ancient Egyptians, Greeks and Romans. In traditional herbalism, Nigella sativa seeds and oil have often been indicated as a natural remedy for a wide range of ailments such as throat clearing and irritation, nasal congestion, respiratory ailments, metabolic disorders, skin itching, dizziness and digestion.

Nigella sativaseed oil has proven to be very useful for people with asthma as it acts on the components that trigger it, thanks to the combination of thymoquinone and essential fatty acids (oleic, palmitoleic, linolenic and linoleic). In asthma, the inflammatory component together with the release of histamine produces a constriction of the bronchi that prevents people with asthma from breathing properly. A study conducted in 2016 at King Abdulaziz University Hospital (KAUH) in Jeddah City, Saudi Arabia, showed that Nigella sativa oil significantly improved asthma control, with a trend towards improved lung function, and with an acceptable safety and tolerability profile among adult asthma patients. Furthermore, according to the results of this study5 , which was approved by the ethics committees of the University College of London and King Abdulaziz University, N. sativaoil showed a reduction in eosinophilia (a type of white blood cell) in the blood. Eosinophilic white blood cells play an important role in asthma inflammation and their blood count is considered an important marker in asthma trials. More and more people with asthma need to improve their treatment. Specifically, the 2005 GAPP (Global Asthma Physicians and Patients) Study reported that 39% of individuals with asthma switched or stopped their medications due to adverse events, and 76% of individuals and 81% of physicians believe that new treatment options are required. The introduction of novel treatment strategies (such as 'add-on' treatments) is a key step towards better asthma control5.