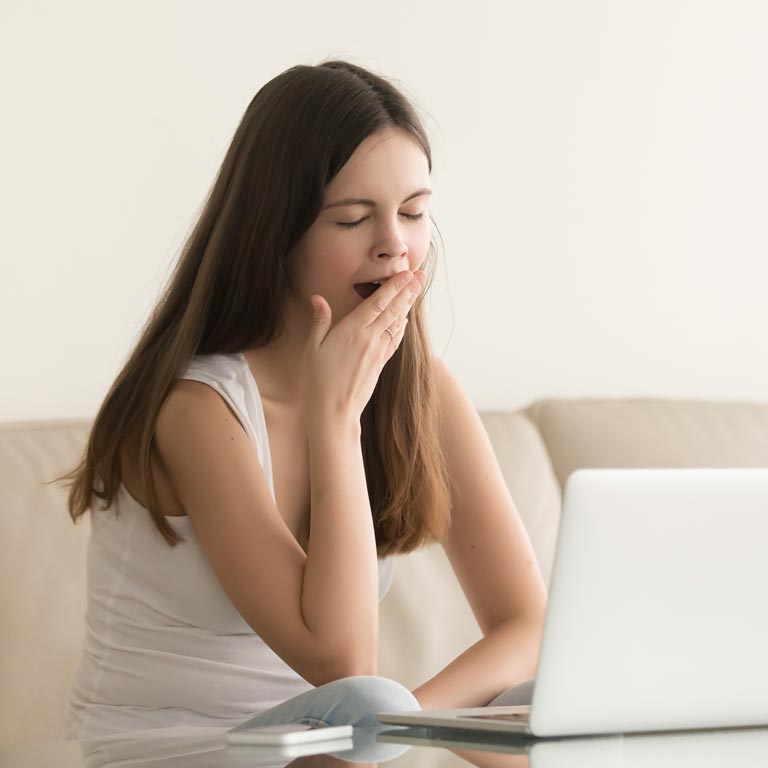 Spring asthenia. What is it and why does it occur?

The farewell to winter and the arrival of spring with the time change and the rise in temperatures, can affect your body. Spring asthenia is the name given to this temporary disorder that some people may suffer and it appears with symptoms such as sadness, loss of appetite or fatigue. This happens because your biological clock has to adapt to the new climate and this drains your energy.

Incidence data reveal that it occurs at ages 20-50, and is more common in women than in men.

This phenomenon can also occur in autumn with similar symptoms, due to the change to winter time and, with it, the reduction of light hours, leaving behind the good weather and giving way to the cold.

Although the main general feeling of asthenia is tiredness or fatigue, you may have other symptoms such as:

How long does spring asthenia last?

Experts do not consider spring asthenia to be a clinical picture, but rather a seasonal one. We agree on this because many people, when the seasons change, begin to suffer physical and emotional discomfort. These alterations can affect interpersonal relationships and daily life.

But there is no need to worry, this symptomatology is always mild and usually doesn't last for more than three weeks.

Causes of spring asthenia, why does it happen?

Spring asthenia has its origin in the hypothalamus, a gland located in the brain that regulates, among other things, temperature, thirst, appetite, sleep and wakefulness. This gland is altered with the change of time, so it is affected with the arrival of a new season.

More than a psychopathological disorder, it should be a temporary physical and mental disorder, related to the time change with extra hours of light per day and the rise in temperature. In addition, there are also changes in humidity and air pressure.

With the arrival of good weather your biological clock has to adapt to the new climate, and this means an extra expenditure of energy in routine activities. Either by:

The perception of health depends on each person. Either one can feel drowsy when faced with a change in schedule or, conversely, the brightness can activate and stimulate one to become more active. 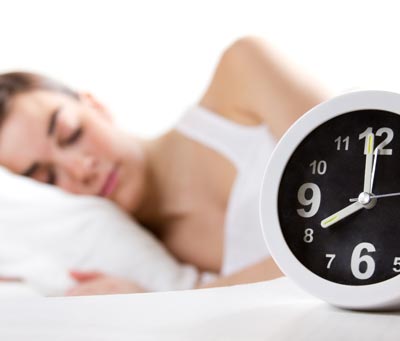 Biological clock and changes in light

Your biological clock is programmed by the external stimuli you receive, and one of these is undoubtedly light, which is the synchronizer of all the cycles that occur in your body.

When you are exposed to this, some cells that are in the retina are in charge of sending information to an area of the brain that houses this clock, which is in charge of setting the time for the processes that occur in the body. The area in question is the suprachiasmatic nucleus, which is located in the hypothalamus.

This involves many internal processes, which are sensitive to environmental changes. Therefore, an increase in the number of hours of exposure to natural light, which in principle is recommended to maintain good mental and physical health, can temporarily disrupt these processes until they can adapt to the changes.

How to deal with asthenia?

This spring asthenia disorder, which is considered to be transitory, does not require a specific treatment, but rather a process of adaptation of the organism to the new environmental conditions.

You can take into account some health advice, such as starting a couple of weeks before a process of adaptation, regulating sleep hours, moving the clock forward a few minutes during this period until it gradually reaches the official time, starting gentle exercise, not trying to lengthen the time, but regulating the time of sleep and meals.

A varied and balanced diet

Adequate nutrition will allow your body to obtain from food the necessary nutrients for the proper function of the nervous and immune systems and thus combat asthenia. To do this, you should follow a varied and balanced diet.

These nutrients are needed for the various functions of the nervous and immune systems, and low levels of both can trigger episodes of asthenia. They are present in fruits, vegetables, grains and legumes.

Hydration also plays an important role. This is why at least two liters of water a day should be drunk or supplemented with infusions or natural fruit juices.

During the day, a certain order and routine should be maintained with regard to meals. In addition, it is recommended that breakfast provides sufficient energy with the intake of cereals, preferably wholemeal for its contribution of fiber and nutrients, along with fruit and dairy products. On the other hand, dinners should be lighter and taken at least two hours before bedtime to avoid the digestion interfering with your sleep.

Regular and frequent physical exercise helps to cope with the symptoms of asthenia such as apathy, fatigue, or disruption of the sleep cycle. In addition, moderate exercise releases dopamine and serotonin, hormones related to happiness and the feeling of well-being.

What to do if the symptoms of asthenia persist?

If your body is not able to adapt to the new environmental conditions within a few days, it is recommended that you consult your family doctor or a specialist.

It should be noted that asthenia is not a psychological disorder, as is usually believed, but if the feeling of tiredness or sadness persists for several weeks, a specialist should assess that it is not another problem that needs to be treated (stress, anxiety, depression, etc.).

Food is the best source of energy and the micronutrients needed by our bodies. We can resort to food supplements to supplement our diet with an extra input.

Food supplements are defined at a European level as follows:

"Foodstuffs intended to supplement the normal diet and consisting of concentrated sources of nutrients or other substances with a nutritional or physiological effect, alone or in combination, marketed in dose form. That is to say, capsules, tablets, pills and other similar forms, sachets of powder, ampoules of liquid, dropper bottles and other similar forms of liquids and powders to be taken in small unit quantities'. Food supplements in AECOSAN

Supplements and natural ingredients for asthenia

To tackle spring asthenia in a complementary way to food, there are natural ingredients such as Royal Jelly or pollen, along with other supplements that include vitamins, minerals or amino acids in the form of food supplements.

Others like Maca, Guarana or a concentration of Royal Jelly, Guarana, Eleutherococcus, Ginseng and Licorice, can provide a plus in extraordinary situations.

Novamedicum. What is spring asthenia and how to fight it with healthy habits. Abr, 2018.