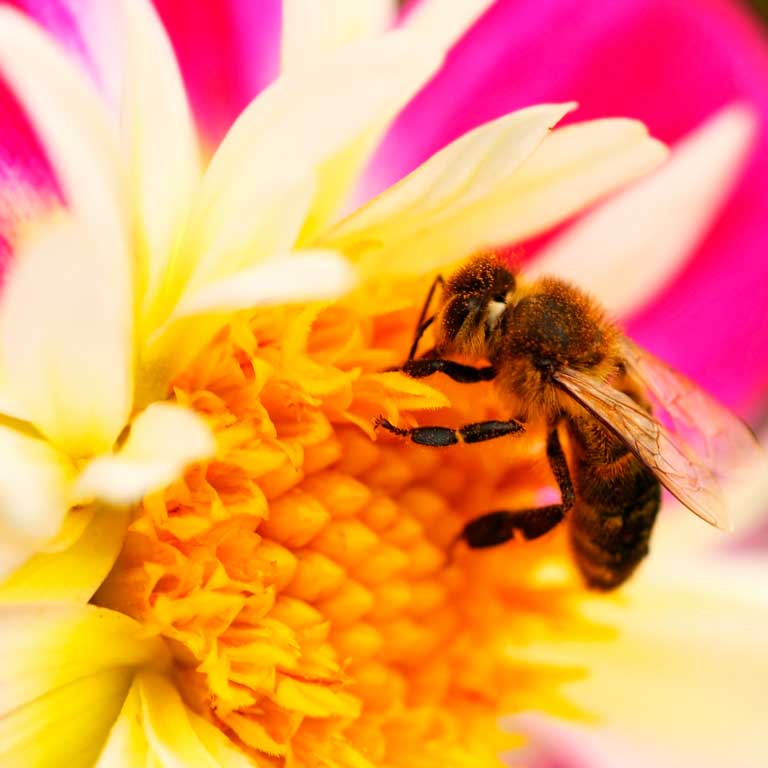 Bee Pollen. Properties and how to take pollen

Among the many products that bees offer us, pollen is one of the most complete and energizing. Bees extract it from flowers and they also form small balls with it.

They then keep it in their honeycombs, in small cells specially designed for this purpose. This pollen is also enriched with the nectar from which they produce the honey, which increases its nutritional properties and health benefits. 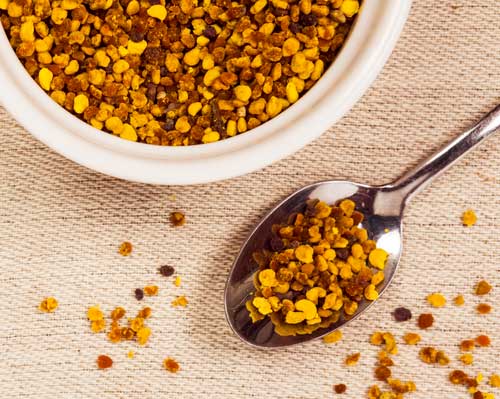 It is a powder made up of granules or small balls containing the "male" reproductive cells of plants, which are produced on the stamens, where the bees lay. These particles are responsible for the fertilisation of the eggs of the plants, found in the pistils.

The bees collect the pollen from the flowers with their legs and moisten it with nectar, giving it the shape of small balls or grains that they carry to the hive to feed the worker bees.

Through these journeys, as they alight from one flower to another, they are in fact contributing to the pollination of many species and providing a refreshment to the genetics of many plants.

From Ancient Egypt to the present day.

The ancient Egyptians described it as "a powder that gives life".

In ancient Greece, pollen granules, carried by the legs of bees, were considered to be wax. Aristotle in his Historia animalium notes that they are similar to wax in hardness but are actually sandarac or bee bread.

Some of the "Fathers of Western Medicine" (Hippocrates, Pliny the Elder and Pythagoras) believed in the curative qualities of bee pollen and often recommended it to their patients. The name "bee bread" lasted for many centuries. Pollen (Latin word meaning fine flour or powder) was first used by John Ray in Historia plantarum (1686).

Pollen collected by bees began to be used for human nutrition in a larger scale only after World War II, when pollen traps were developed and became available.

For a high quality of bee pollen, the technology of pollen collection, purification and storage is an important question. Beekeepers collect this product using bee pollen traps [1].

There are a wide range of trap designs, but they all consist of some kind of grid that removes the bee pollen pellets from some of the collectors that come back when they are in the hive. The amount of bee pollen kept in a trap may be very different, but will always be significantly less than 100%. The efficiency of a trap in a colony may vary between 3 and 25% over the course of the growing season [2].

What are the properties of pollen?.

Bee pollen is a natural source of well-being. Pollen contains, in a very complete way, the components of a good diet and all of this in a natural way [3].

Its richness makes this natural product a great food supplement, and it may be considered a super food, which together with a balanced diet helps our well-being. It contains proteins (almost all the essential amino acids), and is a great supply of vitamins, minerals, carbohydrates and lipids (including omega 3 and omega 6) [4], [5], [6]

Pollen as a food supplement.

This composition, which includes a significant amount of phytosterols, carbohydrates, enzymes, nucleic acids and triterpenes, vitamins and other biologically active substances, provides it with interesting and revitalising properties for the body [7]

Pollen has been considered as " a perfect complete meal "[8].

Bee pollen, therefore, is a product rich in bioactive compounds and has positive effects on the well-being of the body. It is also widely used in the composition of food supplements. Due to the many varieties of soil and climatic conditions, the botanical source and the conditions of storage and processing, its phytochemical and botanical characterization is important [9].

Pollen, thanks to its high percentage of carbohydrates, is an excellent food supplement in periods of "low energy". It contains 20% protein (for the proper functioning of the organism) and a high number of minerals and trace elements that help cellular, muscular and skeletal function. It provides vitamin A and vitamin B.

For centuries, many benefits have been given to pollen by traditional herbalists and farmers, who are well aware of the importance of pollen in the life of the hive. This is the main food of bees, hence the name of " bee bread ".

It has been shown to be completely harmless, and the positive effect on energy metabolism has been noted. [10], [4] 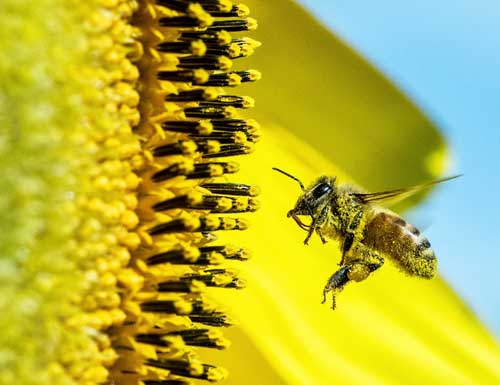 When we talk about pollen, we are refering to the very "pollen" of the flowers that stick to the legs of the bees, while Royal Jelly is the food of the queen bee, and propolis is another substance used in the creation of the honeycombs.

Propolis is a natural mixture produced by bees and obtained from the sprouts, buds and exudates of tree sap and other vegetable sources.

Propolis is also part of the tradicional herbal medicine. Its chemical composition consists of at least 300 compounds, including a high content of phenolic compounds (caffeic, cinnamic acid) and ﬂavonoides (galangin, quercetin) [11], [12], [10], [13]

Royal Jelly is the only food for the queen bee during her whole life. Royal Jelly is a substance with a high nutritional value, containing a unique combination of water (60-70%), proteins (9-18%), carbohydrates (11-23%), lipids (3-8%), amino acids, vitamins and minerals.

There are different ways to enjoy the properties of pollen. You can consume it directly, for example, by spreading it on a slice of bread. Another convenient and effective way of taking pollen is to consume it with products already prepared from pollen, either in capsules or in drinkable vials.