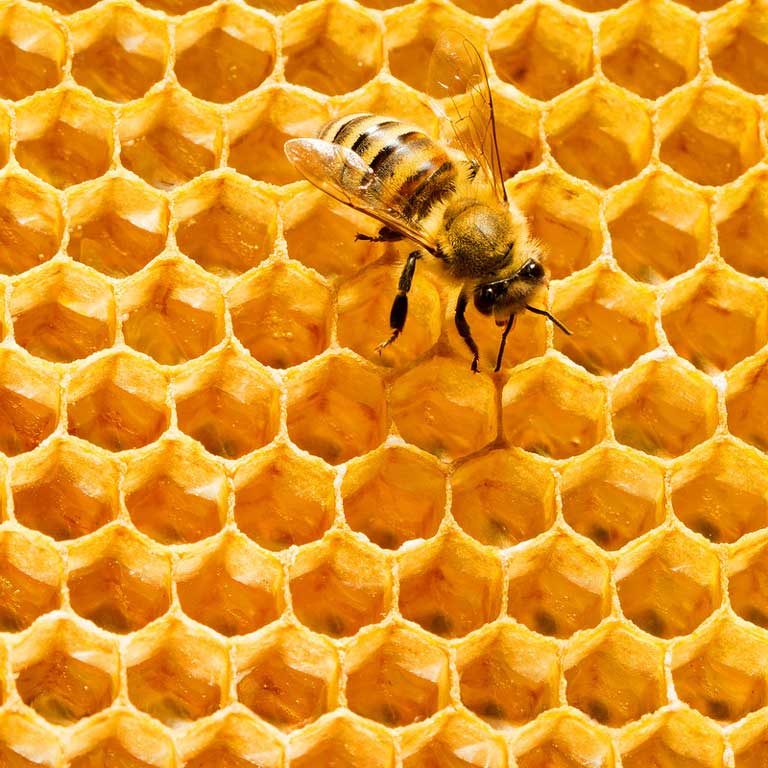 The society of bees

How is life in a bee hive?

The organisation of the hive is based exclusively on work. Worker bees go up to three kilometres in search of pollen and propolis (made from tree resins), which they bring back to the hive and deposit in the cells of the honeycomb.

A group of worker bees take care of the product with which they will feed the eggs laid by the queen, which will later become new worker bees that will make it possible for the hive to survive.

Food in the hive

Within the hive there is a constant circulation of food, as some bees give collected pollen to other worker bees. In this trading system, chemicals also flow from bee to bee, and these chemicals are what regulate the production of the different social classes that make up the hive. If there is an active (egg-laying) queen bee in the hive, no other queens are produced. When her egg production decreases or the insect dies, the workers will build the queen cells (these are larger than the others), in which the future queen will be bred. Why do the bees not get the wrong box? Because each hive has its own smell. All members of the same hive all carry that smell because they 'eat' food produced by the mouths of their fellow bees.

Work in the hive

The combs are made from slabs of wax that are released by glands in the abdomen of the bees. The queen will lay her eggs in each of the cells and when the larvae hatch from the eggs, they will be fed on honey and pollen. Once the larvae have developed, they will be placed in a cell, and when they become adult bees, they will break out of the covering that has protected them.

But the role of worker bees is not just to collect food and care for the queen;

they also have to clean the hive and keep the air fresh with their wings. Each hive has its own smell. This ensures that each bee always comes back to its box and does not make a mistake.

What bees produce in the hive

Other valuable substances are produced in the hives, which are as important as honey, if not even more so:

It is made from nectar collected from flowers and stored in their first stomach, where it is digested and partly turned into honey. Within the hive, honey is in a liquid state (after being harvested it is granulated). It is rich in trace elements, minerals and vitamins, which makes it a good dietary supplement. The trace elements include calcium, iron, magnesium, potassium, copper and zinc. It also has flavonoids, which are highly concentrated in the plant kingdom, and have an antioxidant effect. Honey is a powerful energiser, because it has components such as glucose and fructose, which are absorbed directly in the digestive tract. As a sweetener, it has a power which is one and a half times stronger than sucrose or sugar.

It is the product of the segregation of glands in the abdomen of the bee. It is used to make the cells (honeycombs) that make up the basic structures of the hive. This product is used in cosmetics, pharmaceuticals, toiletries, polishes and handicrafts, such as candles. 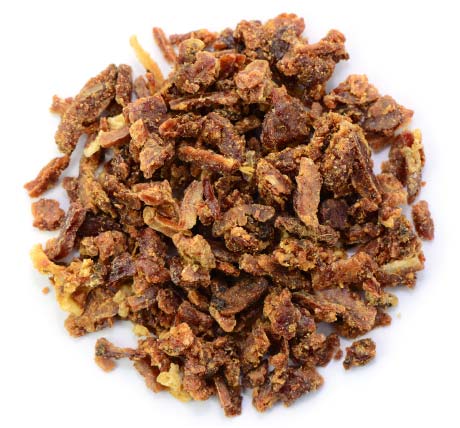 It is made from the resins that bees collect from some trees. It contains mainly flavonoids that have been shown to have an antioxidant effect. It has been traditionally used in traditional herbalism as a tonic and is also used as a dietary supplement.

It is a liquid obtained from a mixture of the secretions of the glands of the worker bees. It is the only food that the queen bee takes in during her whole life. It is a rich source of a source of b-complex vitaminsa source of b-complex vitaminsVitamin B and provides high amounts of trace elements. It contains polyunsatured fatty acids, which are quickly available sources of energy. These properties make it very useful for supplementing higher energy diets.

Bee venom (Apis melifera) has been used for hundreds of years to relieve some conditions, and was based on the fact that beekeepers, who were constantly exposed to the stings of the insect, relieved their pains even if they were rheumatic in nature. Apitoxin has become an alternative therapy for several conditions.