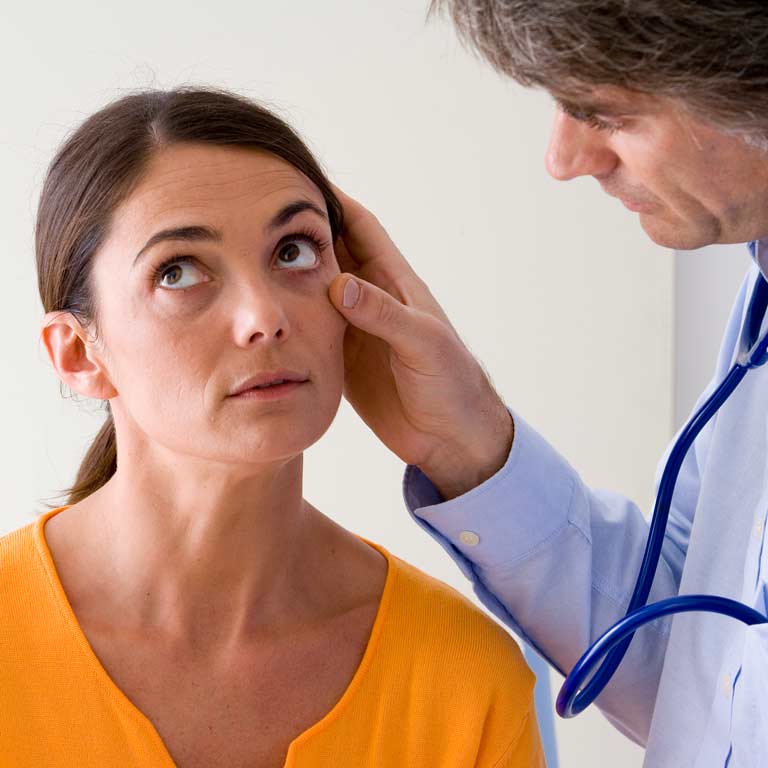 Anemia: What is it and what are its symptoms?

Do you feel constantly tired and without energy? Maybe you're going through a process of anemia. This condition occurs when our body is not able to generate enough red blood cells to carry an adequate level of oxygen to the cells that make up our body tissues.

Anemia can be temporary or prolonged, mild or severe and of many different types, and is a much more common public health problem than is often thought. According to the World Health Organization, 1.62 billion people worldwide suffer from anemia, of which iron deficiency anemia (low iron in the body) is the most common, accounting for 50 per cent of cases.

Here are the most common symptoms, types and causes of anemia and the best tips for avoiding and coping with it.

The most common symptoms of anemia are:

The severity of the anemia, the physical condition of the affected person, or age explain that, in some cases, anemia has hardly any symptoms. In other cases, the symptoms are so noticeable that they require immediate medical attention.

To understand why anemia occurs, it is necessary to first clarify some concepts.

The body produces three types of blood cells: white cells to fight infection; platelets to help the blood clot; and red cells to carry oxygen throughout the body. All of these are produced in the bone marrow which is located in the bones, mainly the long bones.

Red blood cells contain hemoglobin, a protein that allows them to carry oxygen from the lungs to all parts of the body. Hemoglobin is rich in iron, so its production depends on the amount of iron in the body, vitamin B12, folate, and other nutrients in the foods we eat.

When the amount of hemoglobin inside red blood cells is below 13 g/dl in adult men and 12 g/dl in adult non-pregnant women, the person is said to be anemic.

The most common causes that determine whether or not you have anemia are:

There are several types of anemia: iron deficiency anemia, pernicious anemia, sickle cell anemia, and aplastic anemia, among others. Let's look at the two most frequent and important ones:

Iron deficiency anemia is the most common and occurs when our body does not have the amount of iron needed to generate healthy red blood cells to carry oxygen to the cells in the body. This type of anemia can occur when our body's iron requirements exceed reserves, such as during pregnancy, as well as from blood loss such as heavy menstrual bleeding, ulcers, injury to the gastrointestinal tract, etc.

Pernicious anemia occurs when the decrease in red blood cells is caused by a deficiency in vitamin B12 and folate. It usually occurs in extreme situations of malnutrition or in people who, due to certain situations, are not able to absorb vitamin B12 or folate within the gastrointestinal tract.

How do I know if I have anemia?

If you have some of the symptoms described above and you feel tired or fatigued for no apparent reason, you may be facing an episode of anemia.

Don't be alarmed. These episodes are usually not serious and can be easily resolved. Always consult your doctor first for a diagnosis. To do this, you only need to go to your health centre as a simple blood test will clear up any doubts. You may also have other tests to determine the origin of the anemia and to determine possible treatments.

Can I tell if I'm anemic by looking at my eyes?

If you suspect you have anemia, a quick and simple test is to examine the inside of your eyelid. You will only need to stand in front of a mirror, lower your eyelid with your index finger and look at the color. If the tone is too muted, you may be anemic.

This observation - and this is important - is never a substitute for a medical diagnosis. If you suspect that you are anemic, visit your health center to confirm or rule out this possibility.

Several factors can increase the risk of anemia. According to the Mayo Clinic, the most common are the following:

Iron needs are higher during pregnancy to facilitate the proper development of the fetus and placenta. When the iron supply is insufficient, the pregnant woman becomes anemic. This is a fairly common, but easily reversible, process and it occurs in up to a third of pregnant women, especially during the third trimester.

If there is a risk or suspicion of anemia, the pregnant woman should always contact her healthcare provider. They will determine the amount of iron needed to ensure your health and the proper development of the fetus.

How to fight and prevent anemia?

Maintaining a healthy lifestyle is the best way to rule out anemia. A good diet, physical exercise and avoiding the use of toxins such as tobacco or alcohol can become the best ally against anemia. In extraordinary situations, food supplements can help. Here are the best nutrients for anemia.

What is the best diet for anemia? Vitamins and recommended foods

This mineral enters our body through the food we eat. The following foods are rich in iron:

As with iron, folates are also ingested through the diet. These are rich in folates:

Diets rich in vitamin B12 or cobalamin

The following are foods rich in vitamin B12: