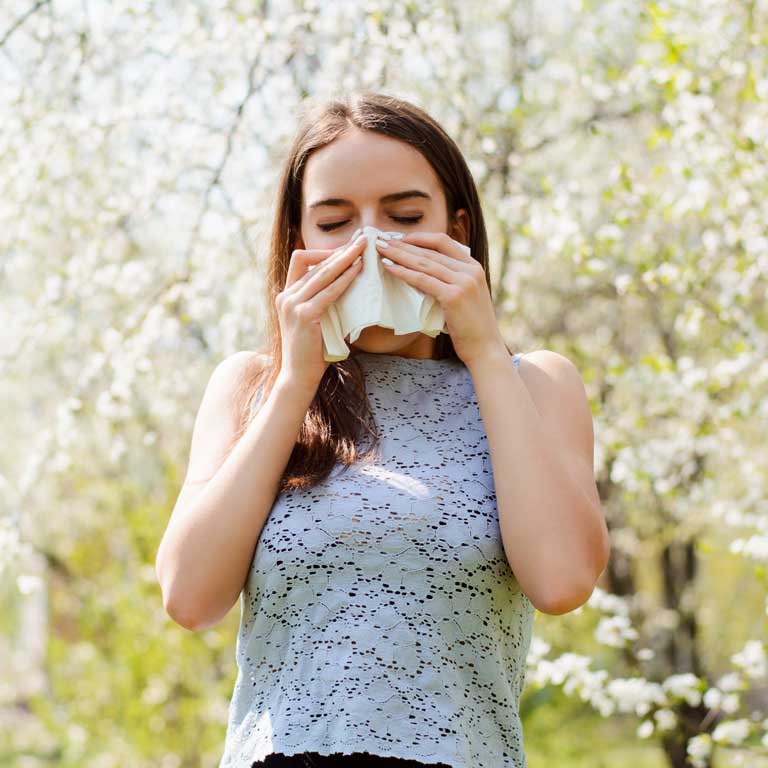 Do you have any allergy in spring? Find out how to manage the symptoms

Itchy nose, throat, eyes and palate, runny nose and sneezing, difficulty breathing, coughing, wheezing... Spring arrives and so do allergies. The Spanish Society of Allergology and Chronic Immunology believes that eight million Spanish people will suffer the annoying symptoms of allergy with the change of season. Here you will read what allergy is, what its symptoms are and how to treat it.

What is allergy and why does it happen? 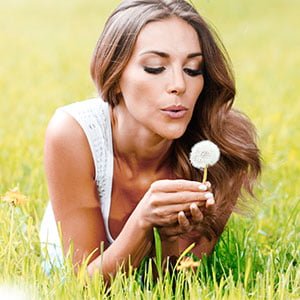 Allergy is a response of our immune system to an external agent identified as an agressor, although in normal conditions is not so. Thus, allergies - it is better to use the plural because there are many kinds of allergies - are caused when our immune system produces antibodies which identify an allergen (also called antigen) as harmful.

Allergens are elements as different as pollen, bee venom, insect bites, dust mites, fungi molds or a lot of foods like nuts in case of food allergies. When our organism comes into contact with them, the body responds with different symptoms that may affect the skin, the digestive system or the respiratory tract, causing allergic reactions.

The most common allergy in spring, called spring allergy, is caused by pollen or pollens. Pollens are small grains produced in the male reproductive system of plants and are spread through the air or by insects to the female reproductive system of the plant. The immune system of allergic people identifies these pollens as enemies and responds by releasing histamine, the substance responsible for the typical symptoms suffered by people with allergies.

During the longest and brightest days, we expose ourselves to the sun for a longer number of hours and this exposure generates, in some people, the badly called sun allergy, since it is not properly an allergy. Under this name, it includes different skin disorders that are known for causing a skin rash as the most common symptom. It is not completely clear why this reaction is produced in some people and not in others. It is known that there can be a hereditary component, but it may also be related to the interaction with some medicines or with some plants.

Among all the existing pollens, the one of the grasses -wheat, rye, rice, corn, barley- is the one that has the highest allergenic capacity, due to the fact that this kind of plants are very common not only in Spain, but throughout Europe. Besides, the capacity to cause allergy lasts very much in time due to the fact that the different grasses bloom at different times. Other pollens that cause allergy are those of trees; in Spain, especially, the olive, cypress and shading banana are very common.

During the longest and brightest days, we expose ourselves to the sun for a longer number of hours and this exposure generates, in some people, the badly called sun allergy, since it is not properly an allergy. Under this name, it includes different skin disorders that are known for causing a skin rash as the most common symptom. It is not completely clear why this reaction is produced in some people and not in others. It is known that there can be a hereditary component, but it may also be related to the interaction with some medicines or with some plants.

Another situation that many people feel is a 'sun allergy' when in fact it is not, is the photic sneeze or reflex sneeze from bright light. This is an involuntary reaction that many people have when they look directly at the sun and sneeze. When people react to a sneeze, many mistake it as an allergy to the sun or to bright light, but what actually happens is that there is an overstimulation of the optic nerve which also stimulates the trigeminal nerve (which crosses profusely on both sides of the face) causing the sneeze.

How do I know if I have a spring allergy?

There are several ways that can help you if you think you have a spring allergy. The typical symptoms of itchy throat and eyes or difficulty breathing are a good warning sign. However, this suspicion should be confirmed by a health professional. He or she will be the one to give you the necessary tests to avoid any possible complications that could lead to a serious allergic reaction such as allergic asthma.

People with spring allergy have learned well to identify symptoms because they often reappear year after year with the change of season.

The most common symptoms for those with pollen or grass pollen allergy are the following:

Allergy or common cold? Find out the difference.

We can often be confused with the common cold and allergy, as some symptoms such as sneezing, mucus or runny nose are common. However, they are very different and there are some keys to avoid confusing them:

Mucus in allergy is usually more runny and transparent and is like an open tap. Cold mucus is greenish or yellowish and is usually thicker.

People with allergies often suffer from redness, itching, itchy eyes or tears unlike those who suffer from the common cold. Conjunctivitis is also common in allergy, but not in colds or flu.

The last clue to differenciate both pathologies is the duration. As you know, a common cold should be overcome in a week or ten days while the allergy can last, if not treated, throughout the spring season.

Tests to detect allergy and its kinds.

The only way to find out if we are allergic or not is to get in touch with the allergen. The tests that are carried out to detect allergy use the skin of the pacient to measure the response to some substances.

The most common skin tests are the prick-tests. The doctor puts a drop of allergenic extract on the skin of the forearm and with the help of a small lancet puts it on the most top part of the skin of the pacient. In just 15 or 20 minutes, the results will be available. If the skin is red, it is likely that we are suffering from an allergy. This kind of test is especially useful for allergies caused by pollens.

Other tests used to detect allergies are intradermal and epicutaneous tests and contact patches.

In any case, it is important to remember that allergy tests are painless and only cause mild itching so you should not be afraid to do them if you think you may be affected.

I have a spring allergy, and now what?

It is important to have an accurate diagnosis of spring allergy as the first step in taking measures to reduce symptoms. There are two ways to do this: either avoid being exposed to the allergen or use treatments that help ease the symptoms of your allergy.

How to relieve the symptoms of allergy?

According to the Aerobiology Committee of the SEAIC, you may follow the tips below to reduce or relieve the symptoms of spring allergy:

What to take for spring allergy?

There are different treatments to deal with spring allergy. The most commonly used are the following:

Immunotherapy, also known as the allergy vaccine. It consists of the administration of the same element that causes the allergy so that our immune system is able to neutralize it. It is a long- term treatment that has had very good results.

Treatment. Some medicines are able to stop the action of histamine, the substance responsible for the main symptoms of allergy. There are also nasal decongestants that work to relieve the symptoms. 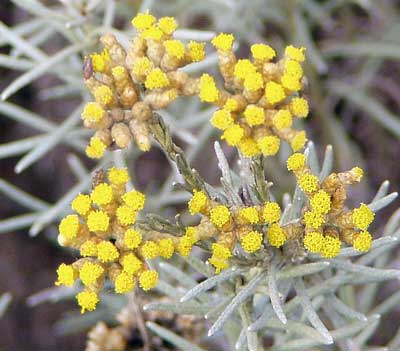