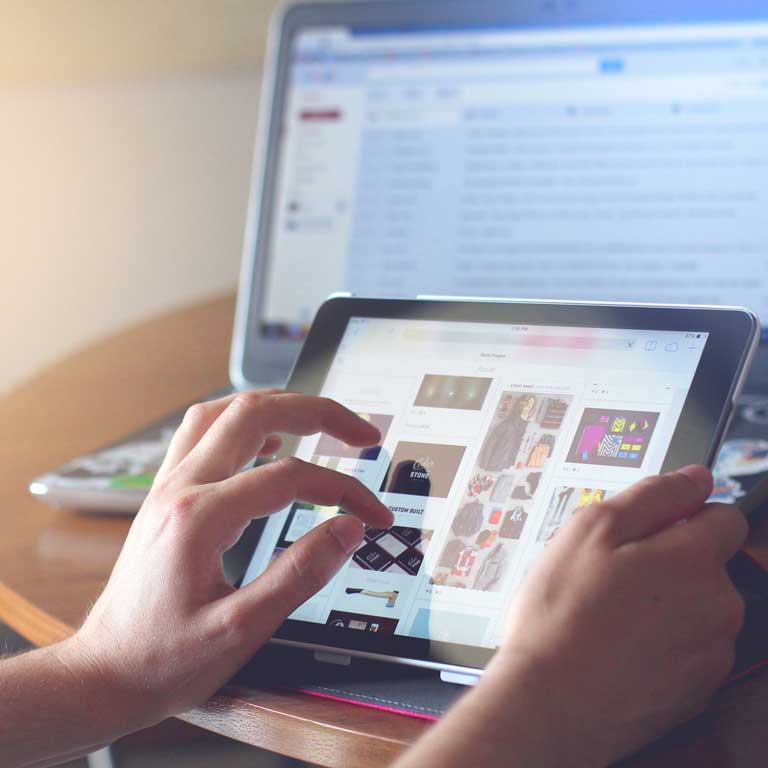 In recent years, increased exposure to the screens of televisions, computers and mobile devices that we use every day, either for entertainment, at work or in our studies, can cause changes in the normal state of our eyes, due largely to blue light.

Due to the function and structure of the eyes, these ones are more susceptible to damage suffered from rays of light, especially to the retina. This light can have different wavelengths, some of them are not perceptible to the human eye, and which can be harmful or damaging if we are exposed to them over a long period of time, for example the blue light.

Sunlight is composed of different light waves that have a characteristic length that is measured in nanometers (nm). The wavelengths of optical light include ultraviolet (100-400 nm), visible light (400-760 nm) and infrared (above 760 nm).

Sunlight is essential for many of our biological processes, including vitamin D production in the skin, vision and circadian rhythms. One of the most important circadian rhythms is that which regulates sleep-wake.

How light enters our eyes

Visual perception is a very complex phenomenon, which begins when electromagnetic radiation from sunlight reaches the retina. There it is converted into a “sensation” by the photoreceptors and is transferred to the brain where it is “decoded” into images.

The optical system of the eye consists of the corneal and crystalline “lens”, the pupil (which regulates the entry of light), and the “liquids” aqueous and vitreous humor, which have the capacity to refract and focus light rays on the retina.

The retina contains photoreceptors, which capture light and are of three types: cones, rods, whose “chemical-luminescent signals” are translated by ganglion cells, which have an important role in the process of sleep-wake disturbance of blue light. Rods only have the protein rhodopsin, which contains retinal (derived from vitamin A), and are responsible for low-light vision. Cones contain important pigments such as Lutein and Zeaxanthin, and are responsible for seeing colors, shapes, and visual acuity.

The main factors that determine whether environmental radiation will damage the human eye are: the intensity of the light, the wavelength received by the eye tissues, and the age of the receiver. 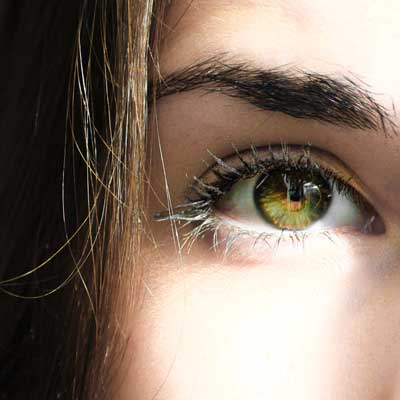 What is the Blue Light?

The pattern of light that is absorbed by the retina ranges from 420-560 nm, with lengths less than 300 nm and wavelengths between 415 and 500 nm being the most harmful. Blue light is within the spectrum of visible light ranging from 415-500 nm, and can generate various harmful effects on vision.

The chemical reactions that are generated when the light beam is reflected on the retina, make the cones and rods produce as a means to send a “readable signal” to the brain, oxidation reactions. When the wavelength is exceeded, in addition to the exposure time, it can cause oxidative damage, as the antioxidant capacity is exceeded.

What is the blue light from the screens?

The amount of blue light received by the eye from the solar rays is about 30%, while incandescent bulbs emit between 3-4%, and LEDs and electronic devices between 25-40%.

Although sunlight contains blue light, and this is important because it plays a key role in our nervous processes, the problem lies in the time of direct exposure to blue light, which in our lives currently ranges from 5-12 hours.

What damage does blue light cause?

Blue light can generate bad conditions for the functioning of our sight, such as:

Eye strain or fatigue is a common problem that occurs after intense use of the eyes, such as when driving long distances, but also when exposed to electronic device screens for several hours.

The signs or symptoms of eye strain are usually

How can we protect our eyes from blue light?

Our vision system has an efficient antioxidant network that protects us from the action of light rays. The lens system, the pupil, the aqueous and vitreous humors, and the retina contain various natural antioxidants, the carotenoids Lutein and Zeaxanthin, vitamins C and E, minerals such as zinc and selenium, Omega 3 (DHA and EPA), among others, which work in harmony to combat oxidative radicals.

When this system becomes unbalanced, it is key to provide, along with a balanced diet, supplements that can help restore the antioxidant balance of our sight.

In fact, a study involving over 4000 patients, sponsored by the National Eye Institute (AREDS study), was designed to learn more about the risk factors for age-related macular degeneration (AMD), and to evaluate the effect of doses of vitamin C, vitamin E, Lutein, Zeaxanthin, Omega 3, and zinc on the progression of this eye disease.

The results of the AREDS study showed that high levels of antioxidants, Lutein, Zeaxanthin, Omega 3 and zinc significantly reduced the risk of advanced AMD and its associated vision loss.