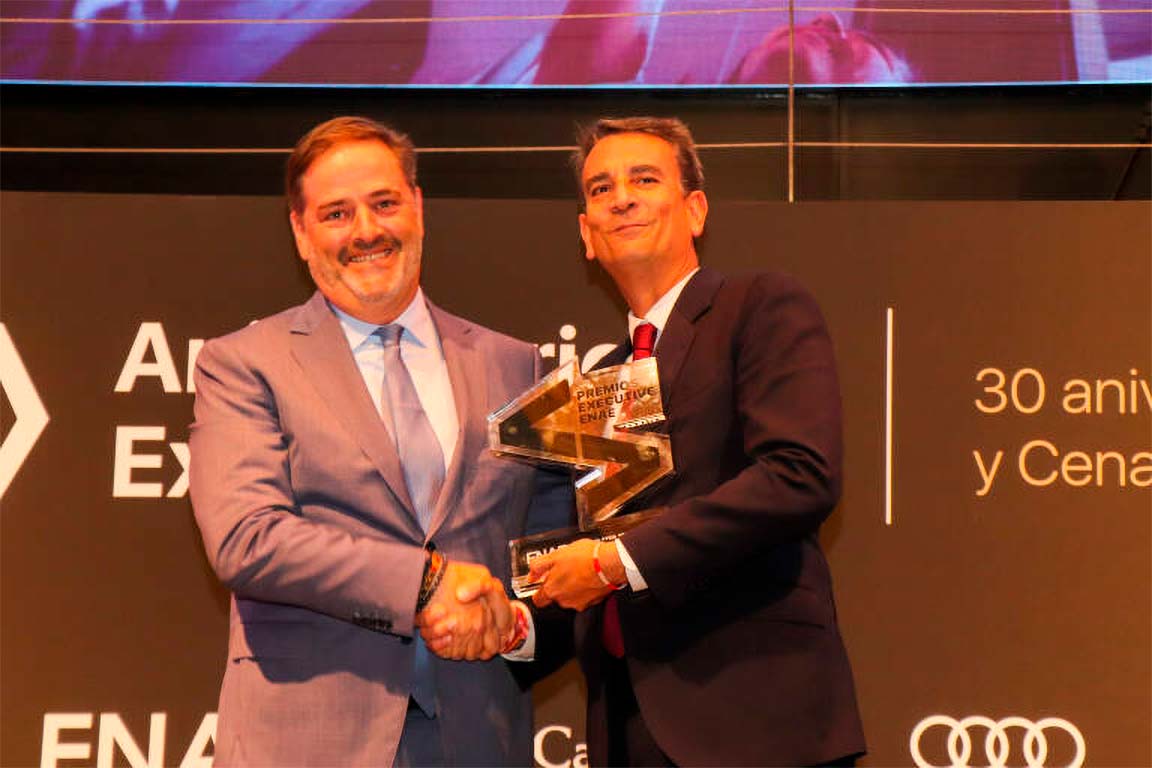 Ten executives from leading companies, all alumni of the Executive MBA, competed for these awards in the categories of Best CEO of a Large Company and Best CEO of an SME.

The awards, created to celebrate the 30th anniversary of the Executive MBA, acknowledge the professional development of alumni, and the winners are selected by a jury made up of institutional, academic and business personalities.

In the words of Roberto Martínez: “It is a pride and a privilege to receive an award from those who have been mentors, and I feel very grateful to be part of the family that is ENAE. The Executive MBA was for me one of the best academic experiences I have ever had, and I will always highlight the great professors and students”.

The gala brought together more than 400 people, mostly businessmen and alumni, as well as political and business authorities from the Region of Murcia.

MARNYS®, 54 years as a reference in the sector of food supplements and natural cosmetics

MARNYS® – Martínez Nieto S.A., the laboratory from Cartagena, has celebrated its 54th anniversary recently. Founded in August 1968, the company has a long trajectory that has allowed it to become a benchmark in the food supplements and natural cosmetics industry, with more than 400 natural products marketed in 66 countries.

The company was originally founded as a honey and bee pollen packaging factory, and today it is one of the three leading manufacturers of royal jelly and propolis-based products in the world, and the largest European manufacturer of single-dose drinkable vials. This format includes some of its most demanded supplements such as Beauty In & Out Elixir, Propolvit Defens, and Royal Provite 5000.

In the last few years, the company has increased its investment in R&D&I by up to 40%, improving its competitiveness, quality and development of new product lines. In their laboratory, one of the most technologically advanced in its sector worldwide, they develop innovative technology specific to the pharmaceutical industry. One example is the liposomal technology present in VIT-C 1000, liposomal vitamin C, CARNITIN 3000, liposomal L-Carnitine or Melatovit Liposomal, liposomal liquid melatonin.

Following its slogan Natural Quality, MARNYS offers natural products that are respectful of the organism and the environment, synonymous with quality, excellence and innovation. Its facilities, over 23,500 m2, are certified under GMP (Good Manufacturing Practices) standards, and in the last few years the company has made considerable progress in its Corporate Social Responsibility (CSR) Plan, in line with the United Nations 2030 Agenda.