Martínez Nieto, S.A. – MARNYS, award for the cooperation between the company and the UPCT Chairs Network.

The MARNYS – UPCT Chair has been recognised with the Isaac Peral Award of the Social Council of the UPCT 2019 in the modality of “Award for Company – UPCT Chairs Network Cooperation”. 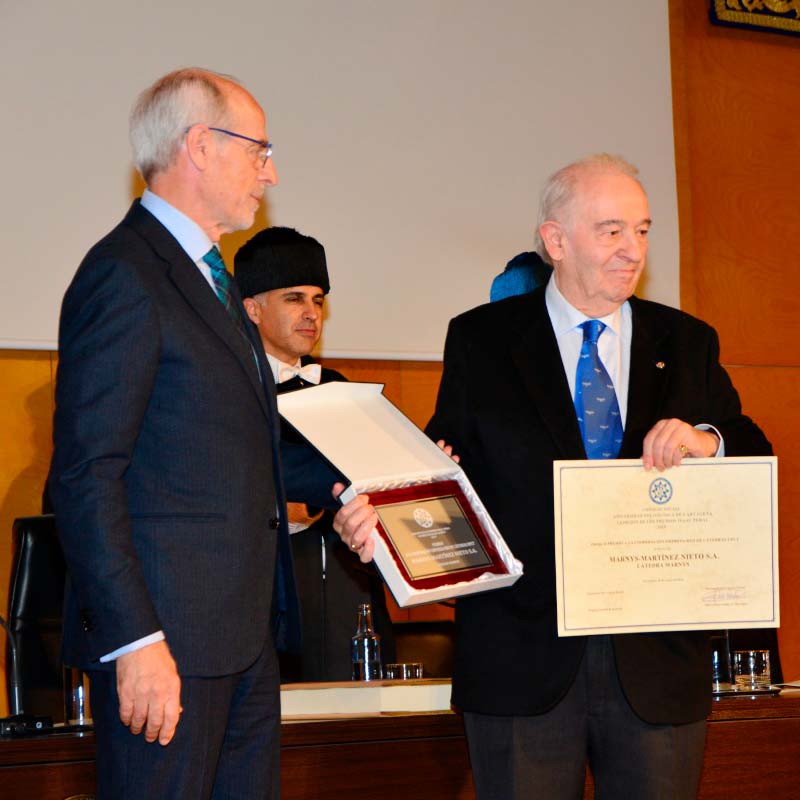 José Martínez Nieto, founder of the company, received the award and also participated in the fourth edition of the transfer conference that the Network of Chairs organised together with the Seneca Foundation on the occasion of the 2020 Chair Campus and the celebration of the Social Council Awards, confirming that “it is good for all parties to work together to improve in all areas”.

The celebration was also attended by the Mayoress of Cartagena, Ana Belén Castejón, who highlighted the commitment of Martínez Nieto, S.A. – MARNYS for innovation and technological development.he

Martínez Nieto, S.A. – MARNYS stands out for its work in research, innovation and development, with the collaboration with Universities and Research Centres thanks to its commitment focused on R&D&I. In this way, MARNYS received the Technological Innovation Project Award from the Centre for Industrial Technological Development and the Award for Research in Business from the European Business and Innovation Centre of Murcia.