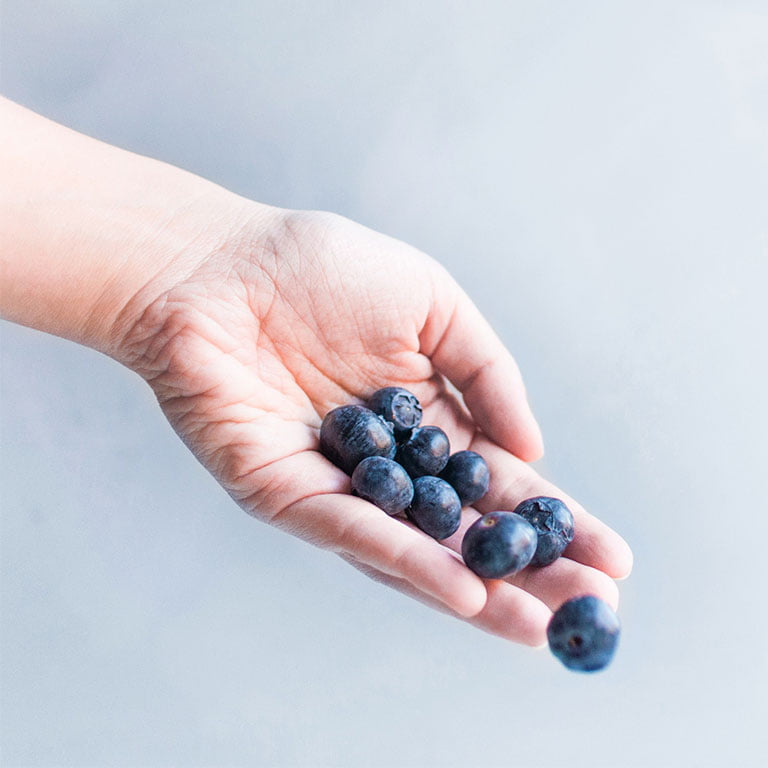 Blueberries and their benefits for your body

Despite their small size, blueberries or cranberries have numerous advantages thanks to their antioxidant properties, as well as having very few calories. This is why they are considered to be a super fruit.

We will tell you all about blueberries and where they come from, as well as the difference between blue and red berries and their nutritional values. If you have not heard of proanthocyanidins, we will show you the important role played by these polymers (macromolecules) present in these fruits. Blueberries have a special place in our shopping basket and on our summer meals.

The list of positive effects of blueberry consumption is long. Specialised media such as Medical News Today and international reference websites such as Healthline highlight, among others, the following: 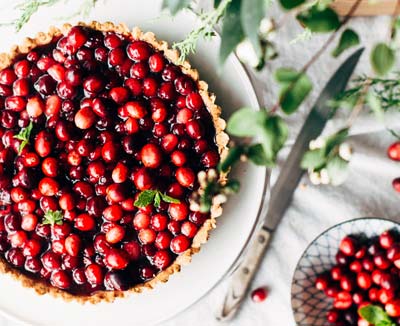 Properties of the blueberry

The main properties of blueberries, which make them so healthy, are the following:

What plant does the blueberry come from?

The blueberry is a deciduous shrub of the genus Vaccinium, which reaches a height from 25 to 50 centimetres and produces these fruits, which can be blue, red or black in colour when ripe, depending on the species.

The genus Vaccinium is native to the northern hemisphere and is mainly cultivated in North America, especially in the United States and Canada, Central America, Eurasia and Europe, in mountainous areas. This genus comprises around 30 species. In Spain, the most common is the Vaccinium myrtillus, which is found mainly in the north of the country.

They have an acidic taste, more than the blue ones, so they are rarely eaten raw. They are often consumed in juice, or sweetened and mixed with other fruit juices. In gastronomy, they are the base of the delicious blueberry sauces, and when they are dried, they are usually used in confectionery in sponge cakes or muffins. In powder form and in extracts, they are used as supplements.

From a nutricional point of view, the cranberry has fewer calories, less sugar and more fibre than the blue one. Both have proanthocyanidins as an essential component.

Both cranberries and blueberries have a high concentration of proanthocyanidins. They are flavonol-3 polymers, as explained in the dictionary of medical terms of the Instituto Químico Biológico (IQB) and their importance lies in their antioxidant and bacterial anti-sticking properties.

The blueberry, called in English blueberry, and its colour varies  from blue, purple and black depending on its variety.

The blueberry, in particular, belongs to the species Vaccinium uliginosum. It is a bush that grows on acid soils, and its fruit is a dark blue berry with white pulp.

Very close and similar to the previous one is the Vaccinium myrtillus variety, that of the blackberry, a low growing deciduous bush, which grows naturally in the mountain underbrush on acidic soils. Its fruit is a bluish coloured berry when it is ripe and juicy red pulp.

The Vaccinium myrtilloides is the species known as the acid blueberry, or velvet blueberry.

Nutritional value of the blueberry

Nearly 87% of fresh blueberries are water, so they are low in calories and fat. The rest is mostly healthy fibre and carbohydrates.

The nutritional values of the blueberry and the red blueberry are similar. Both can be compared in this table. These are the main nutrients for 100 grams of raw blueberries: