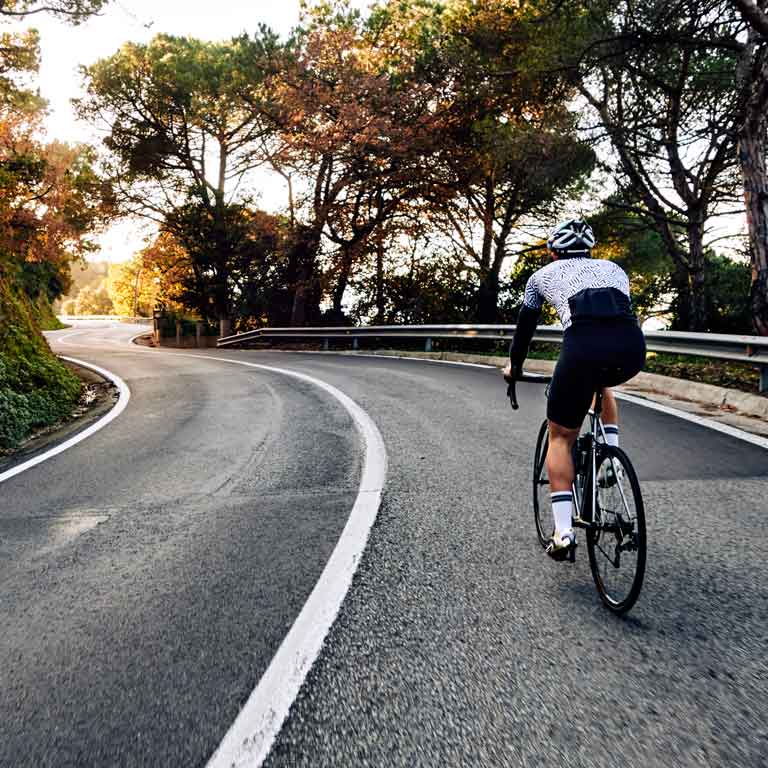 Beta-alanine is a food ingredient of interest in the sports world, as it is widely used for its properties of reducing muscle fatigue and increasing muscle capacity during exercise.

So how effective is it in improving training? Here we explain what it is, what it is used for and under what conditions it is recommended to take beta-alanine if you are an athlete.

ß(Beta)-alanine is a non-essential amino acid synthesised in the liver that can be taken in through the diet (from animal sources: meat, fish, eggs and dairy) or by supplementation.7

It is part of Carnosine and is a limiting factor for carnosine production and storage, mainly in skeletal muscles. Carnosine provides ergogenic properties, as well as playing an important role in the muscle acidity (pH) regulation system.

Carnosine is a dipeptide formed by Beta-alanine (ß-alanine) and L-histidine which is abundant in human skeletal muscle, and plays a role in the intracellular buffering of H+ (hydrogen ions that acidify the media in which they are found).10

It has other functions that may have an impact on exercise7,11, such as:

In particular, the biological function of Carnosine as a muscle pH buffer makes it an interesting compound for high-intensity exercise, as performance during this kind of activity can be affected by the accumulation of H+ and can be improved by increasing the ability of the body to lower the levels of these ions (more alkaline pH). 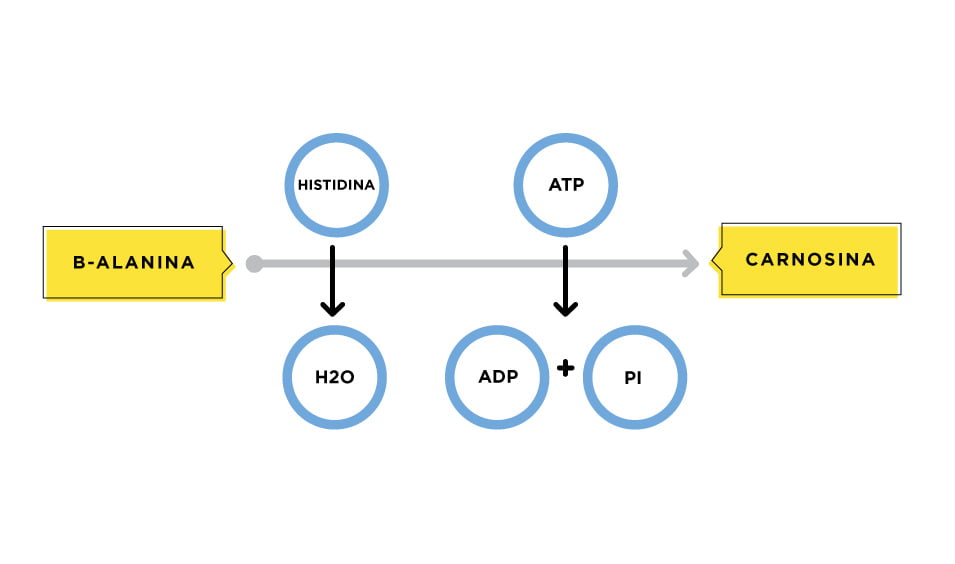 High-intensity sports use large amounts of energy from anaerobic (without oxygen) adenosine triphosphate (ATP) from phosphocreatine (PCr) and anaerobic glycolysis, resulting in a large accumulation of lactate (>10 mmol/L).11

At the start of exercise and during exercise situations with increasing intensity, ATP production from aerobic metabolism (with oxygen) cannot match the rate of ATP use ( 100% of high-intensity events), and the deficit in energy supply is compensated by anaerobic metabolism, which provides ATP primarily through the breakdown of glycogen in the glycolytic pathway, which results in excessive production of pyruvate (Pi).11

During extreme intensity exercise, the high rate of pyruvate production exceeds the rate at which it can be aerobically oxidised, which leads to extreme levels of lactate production associated with high-intensity sports (in competition and training), as well as hydrogen ions (H+). This process makes the muscle pH more acidic and leads to the familiar “muscle burning” sensation.

The intracellular buffering role of carnosine is due to its H+ uptake which reduces the acidification of the muscle environment, as well as its potential to regulate bioenergetics leading to an increase in glycolytic flux.

So, what is the importance of ß-alanine? As described above, it is not only used to synthesise carnosine, but is also limiting for its formation.

Is β-alanine useful for training?

The body is not able to directly absorb Carnosine from the bloodstream and, since ß-alanine concentrations in muscle are relatively small and endogenous production is reduced to a small group of cells in the liver, then the production of Carnosine in skeletal muscle is limited by the availability of ß-alanine from the diet.7

Different studies have shown that beta-alanine intake in doses of 3 to 6 g, for at least 4 weeks, increased muscle carnosine content by more than 30%.10,11

Thus beta-alanine, by the mechanisms mentioned above, helps to reduce muscle acidosis, as it plays a key role in the production and storage of carnosine, so it is logical to think that it would be good for some athletes under specific conditions, particularly in delaying the onset of fatigue and dampening muscle pH in high-intensity training such as cycling.

How to take beta-alanine

The intake of food ingredients by athletes is highly regulated, not only because of their direct relationship with individual health, but also because competition includes demanding regulations on the transparency of the abilities of athletes as a result of their training. This is why the practice of sport, especially at a competitive level, should always be managed by a specialist.

Several international sports federations and bodies7,10 have confirmed the benefits of the use of beta-alanine, which is allowed under specific intake standards. In this regard, the International Olympic Committee in the 2018 Consensus regarding the use of Food Supplements by Athletes10, confirms the use of Beta-Alanine with the following points:

Different studies have been carried out to assess the efficacy of beta-alanine in athletes. The main results are as follows:

A double-blind study, consisting of two experimental test sessions followed by an 8-week supplementation period with beta-alanine (2-4 g/day; n=9) or placebo (PL; n=8), in which subjects performed a simulated 110-minute cycling race. The final sprint showed that Beta-alanine intake increased peak power by an average of 11.4% (P = 0.0001), while average power increased by 5.0% (P = 0.005) compared with the placebo group.12

Another analysis of 18 studies involving 1708 athletes from different disciplines showed that ß-alanine supplementation may have a positive1 effect on lactate anaerobic capacity, especially in high-intensity intermittent protocols, or those where strength development is an important component in relation to performance.

All these studies used standard beta-alanine formulations at an average dose of 6.4 g/d spaced in 4-8 daily doses of 0.8-1.6 g at 3-hour intervals, to prevent the main adverse effect of paraesthesia (irritant-type sensitivity disorder with abnormal sensations without prior stimulus, such as tingling), which is caused by an acute, high single dose and disappears within approximately 1 h after ingestion.

These symptoms can be avoided by the use of controlled-release beta-alanine formulations and smaller dosing strategies. 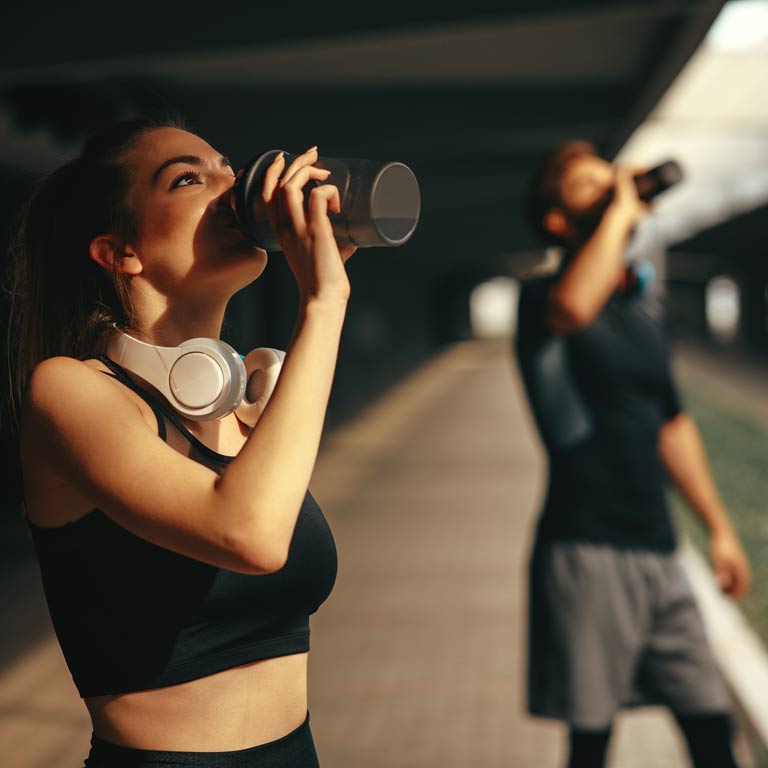 Recent research has provided a breakthrough in the use of beta-alanine, keeping its ergogenic properties with better bioavailability and a better tolerability profile, through extended release formulations.

An example of this is BETAFOR3MAX®, a controlled-release beta-alanine formulation, which is an innovative development by MARNYS® Laboratories.

Two studies help us to understand the advantages of the controlled-release beta-alanine BETAFOR3MAX®.

Both studies confirm the advantages of the innovative formulation of BETAFOR3MAX® by significantly improving the bioavailability and tolerability parameters of beta-alanine, which have a positive impact on physical performance factors in high-intensity sport.

In this first randomised, single-blind, crossover study , the bioavailability and pharmacokinetics of beta-alanine were assessed after it had been given in a new controlled-release powder mixture (BETAFOR3MAX®) versus a sustained-release (reference) formulation. Each participant was orally given either the BETAFOR3MAX® formulation (Beta-alanine 8 g, L-histidine 300 mg, Carnosine 100 mg) or the reference product (10 tablets to achieve beta-alanine 8 g, Zinc 20 mg) with a 1-week washout period.

The results showed that both peak plasma concentration and exposure time were increased 1.6-fold and 2.1-fold (both p < 0.001) with BETAFOR3MAX®, respectively, resulting in a 2.1-fold increase in bioavailability, as well as a reduction in absorption time. BETAFOR3MAX® (controlled-release powder mix) shows a 100% higher bioavailability of Beta-alanine, opening a new paradigm from chronic to short- or medium-term supplements strategies to increase Carnosine reserves in sports nutrition.

This second study researched the effects of a high dose (1 week) loading phase of Beta-alanine using a sustained release powder (BETAFOR3MAX®), on the preservation of performance capacity in world tour cyclists during overload training.

20 g of sustained-release beta-alanine was given daily for 7 days of intensive team and placebo-controlled training. A 10-minute time trial (100 TT) was carried out to analyse performance and biochemical variables, as well as to detect possible adverse effects and paraesthesia.

Compared with placebo, beta-alanine improved mean power (6.21%, p=0.046), distance covered (2.16%, p=0.046) and total work (4.85%, p=0.046). The one-week loading of high doses (155 g) of Beta-alanine with a sustained release powder mix (BETAFOR3MAX®) helped to reduce the 100 TT performance losses of the world tour riders due to intensive training, and this new formulation allowed such high doses to be given without causing paresthesia in the majority of subjects.