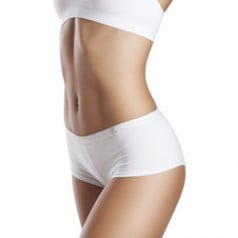 Tips for a proper digestion and intestinal transit 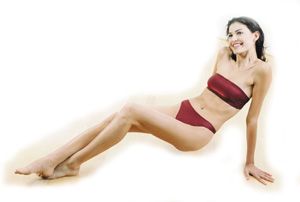 Eating excessively, too fast, stressed out or overdoing food with high levels of fat can cause indigestion and constipation. These are troubles which don’t count on a specific treatment, but by adopting certain preventive measures. Above all, it is about eating and drinking slowly, avoiding swalloing too much air and following a diet rich in fiber.

A meal must last a minimum of half an hour leaving a pause between the the first and second course, as well as before dessert.

Likewise, copious meals must be avoided. Instead, it is preferable to eat small portions of food several times a day (about five or six) and not feeling full. It is also important to avoid excessively cold or hot meals.

WHAT IS CONVENIENT FOR US? 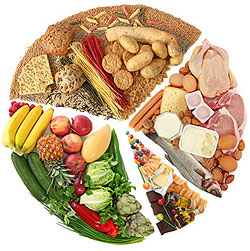 Avoid at all cost eating too many fried foods or with too much oil, fatty stews and sauces (made with butter, grease, cream or strong cheese); opt for grilling, baking and steaming your food instead.

Cut down on soft drinks which make your belly swell. It is advisable to drink more water to digest food better, although it isn’t convenient to overdo it during meals.

Avoid alcohol and smoking; this is a basic rule because they provoke heartburn, such as black coffee which irritates the stomach walls. Infusions like mint, anise or camomille are a better bet. You can also add green anise, cumin or fennel grains

There are foods which require taking certain precautions to avoid stomach troubles. For example: pasta must be cooked properly to make it digestive; avoid freshly baked bread and flatulent vegetables (cabbage, cauliflower, onions..) to avoid gases. With regards to beans, they must rest in water for over eight hours. Cut off boiling half way to avoid them becoming flatulent.

CONSTIPATION: THE RESULT OF A BAD DIET

More and more people now suffer from constipation, a trouble which can be avoided by changing some eating habits.

Constipation affects some people at a certain point due to altering their regular rhythm of life, like going on trips, stressful situations or diet changes…But when it lasts longer than usual it is important to look into what caused it. The most frequent causes are: diets poor in fiber and rich in refined foods, insufficient liquids, a lack of physical exercise, oversleeping, pregnancy, ageing…

Although it is convenient to study each situation individually, there exist certain diet standards which can be useful in most cases:

ACID FRUIT JUICE: Lemon, orange, apples, or plums left in water the previous night. It is preferable to drink this juice before breakfast.
NUTS FOR BREAKFAST. In moderate amounts: For example, hazelnuts or almonds without skin with a white soy yogurt. Make sure to chew them well.
VEGETABLES IN FOOD. Una dieta rica en carne produce menos residuos. Raw or steamed if possible (salads, fruits and vegetables…) A meat-rich diet produces less residue.

DRIED-UP FRUIT. You can have sweet fruit in the afternoon, but in moderate amounts, oatmeal and raisins boiled in almond milk.
BROWN CEREAL for breakfast, lunch or snack;they are more nutritious and regulate the intestinal transit.
OLIVE OIL. It has a soothing and lubricating effect on the intestine.
LIQUIDS BETWEEN FOODS Drink water or fruit juice after digestion, preferably seasonal fruit. After digestion it is advisable to drink water and fruit juice, preferably seasonal.