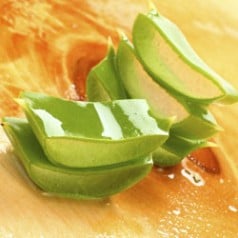 Aloe Vera, find out all its benefits and uses 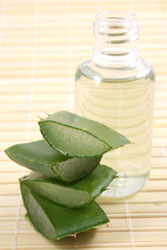 Aloe vera, called aloe, acíbar or Barbados aloe, is a plant traditionally used in herbal medicine for its many healthy properties. Although it is more commonly known for its positive effects on the skin, it has been used for thousands of years for its benefits for our health in general.

This plant is known for its medicinal properties which date back to ancient Egypt over 5,000 years ago, where it was known as the ‘plant of immortality’. The most popular and widely used species of aloe is Aloe barbadensis Miller.

Although aloe vera is originally from North Africa, Southern Europe and the Canary Islands, today it is cultivated in tropical climates all over the world and it is quite common to have a pot of aloe vera at home.

Aloe vera has several properties and benefits, and can be used by extracting the juice from its leaves.

Polysaccharides are the most common carbohydrates in our body. They work with the natural processes of the gastrointestinal tract, contributing to its proper functioning. Their importance also comes from their role as a source of energy and as structural components for the body.

When you purchase an aloe vera juice it is very important to choose a high polysaccharide content product.

The consumption of aloe vera juice must be checked with a doctor in certain cases such as pregnant women, infants and children under 12 years of age.

What are the properties of Aloe?.

Several studies have shown the presence of acemanans (polysaccharides) to be useful in restoring the pH, improving the balance of the intestinal flora and the absorption of nutrients and the elimination of intestinal gas.

The polysaccharides and phenols contained in the aloe plant have shown positive effects on the control of blood sugar levels. In fact, in a study by Choi and collaborators from 2013 involving 136 patients with diabetes, it was found that the use of aloe vera for a period of 4 to 8 weeks had a positive effect on insulin resistance and weight.

The polysaccharides in acíbar are responsible for modulating the activity of the immune system, activating a series of specific processes to combat infection.

In addition to the properties of the aloea plant from the inside, it is also used and well known for its use in cosmetics. Aloe vera contains a high content of nutrients, giving the skin elasticity, softness and a calming effect.

Take it for gastrointestinal wellbeing.

Due to its properties for gastrointestinal well-being, the consumption of aloe vera helps to control the acidity of the stomach, to maintain the good condition of the gastric mucous membrane and, in general, to prevent stomach problems, both occasional and chronic.

With regard to its uses on the skin, this plant acts as a cell renewer due to its positive effects on fibroblasts, which are the cells responsible for collagen production.

Aloe vera provides moisturising properties to the skin layers. Thanks to the action of its polysaccharides, it helps the skin barrier to prevent the loss of moisture in the skin, making it suitable for dry and sensitive skin.

In the same way, the topical use of aloe vera can help with striae due to its efficient role on the elastic fibres of the dermis. It also relieves pain caused by eczema or dermatitis, insect bites and even hives.

Aloe Vera for the face.

Due to its moisturising properties on the skin, the specific use of aloe vera on the face is also beneficial. It is an effective facial moisturizer due both to the compounds of the plant itself and also to the fact that it is cultivated in dry and unstable environments, so its leaves keep water to survive these conditions.

Masks with the juice.

They are commonly found in cosmetics as creams and masks that act as moisturizers and to cleanse the skin of impurities. It acts even in the deepest layers, due to the high penetrability of its juice.

It is also possible to make homemade masks with aloe vera to enjoy its benefits.

Suitable for skins with excessive oil.

Aloe vera may also be applied to the skin to combat excess oil, especially in acne-prone skin, or even the redness it causes. This is due to the soothing capacity of aloe vera on the skin.

Aloe vera is also commonly used for heat irritations as it helps the integrity of the dermis. It encourages the renewal of damaged tissue and contributes to the relief of pain with a calming action. Its enzymes stimulate reactions which help speed up the processes of tissue repair and renewal.

Therefore, it can also be used on scratches, scrapes and others, which helps to restore them and can also contribute to smoothen the marks or marks on the skin with a continued application.

Besides its uses on the skin, aloe is also suitable for hair. It provides strength and shine to the hair and may be directly applied, keeping it for a few minutes. As well,  this beneficial plant helps with dryness and itchiness of the scalp due to its moisturising properties.